As if turrets and lasers were not troublesome enough, Kasper Filipsen adds multiple gravity wells into the equation in this dizzying M.C. Escher-inspired Portal scene. It’s a stage only GLaDOS could love. 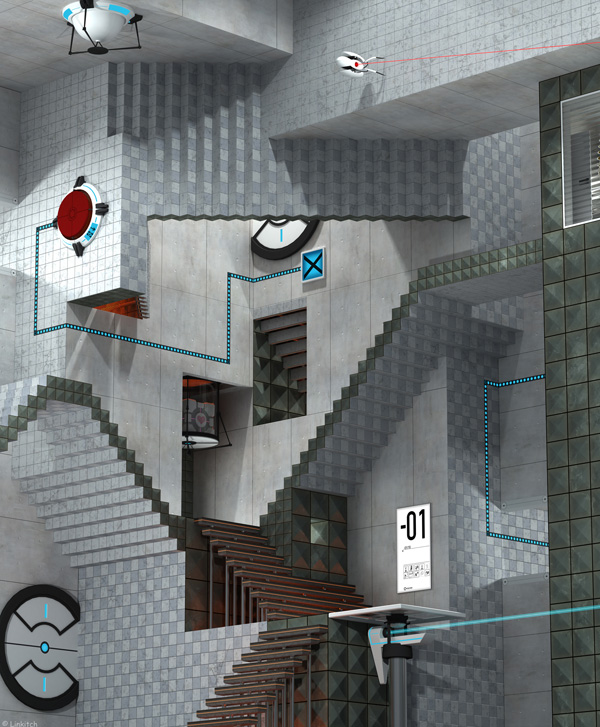 The piece is of course a mash up of Valve’s hit game and M.C. Escher’s lithograph Relativity. Even if you didn’t know what it was called chances are you’ve seen it somewhere before: 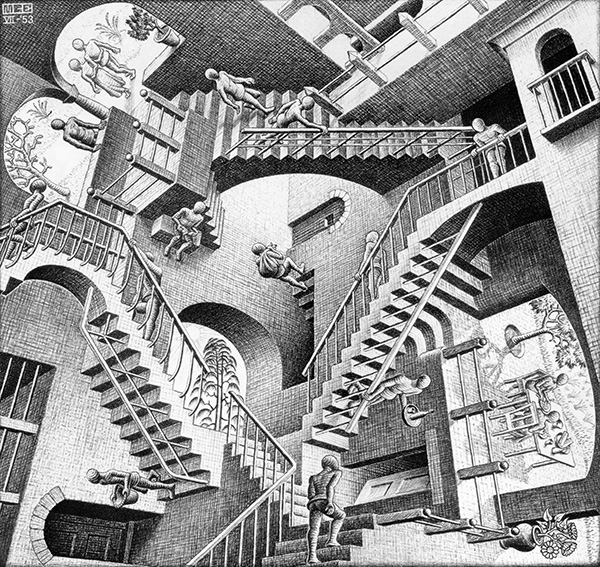 Filipsen talks more about the piece on his website, where you’ll also find a high res version of the image.