I really like playing games on my iPhone and iPad. They are tons of fun, but out of all the game apps I’ve downloaded, I only really use two. I play Angry Birds and Cut the Rope. On occasion, each of them will really piss me off though and send me looking for something else to do. If you are a big fan of Cut The Rope, starting at the end of September you will be able to get some new toys to get you through the frustrated time with the game. 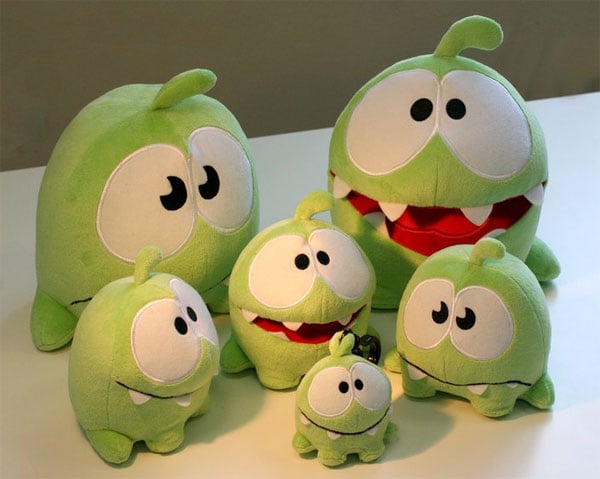 The developer behind the game, ZeptoLab, has announced that a full line of plush toys will be coming out that looks like the game’s little monster hero Om Nom. The green plush toys will be in different sizes and will have the different facial expressions that Om Nom uses throughout the game.

The developer is also on hand at Comic-Con this week for another interesting announcement. The company has teamed up with Ape Entertainment to create a digital comic strip based on the game. The comics will tell the story of Om Nom before the game. The comics will be distributed through a standalone app that will hit the App Store in late August. There is no word on if the comic app will come to other platforms down the road, but I bet it will come to Android.