While my personal favorite Space Invaders wristwatch has to be this one by Romain Jerome, I don’t have $10,000+ to spare, so it won’t be making its way to my wrist any time soon. Thankfully, the guys at ThinkGeek have us mere mortals covered, with the decidedly more down-to-earth Infinity Invaderz watch. 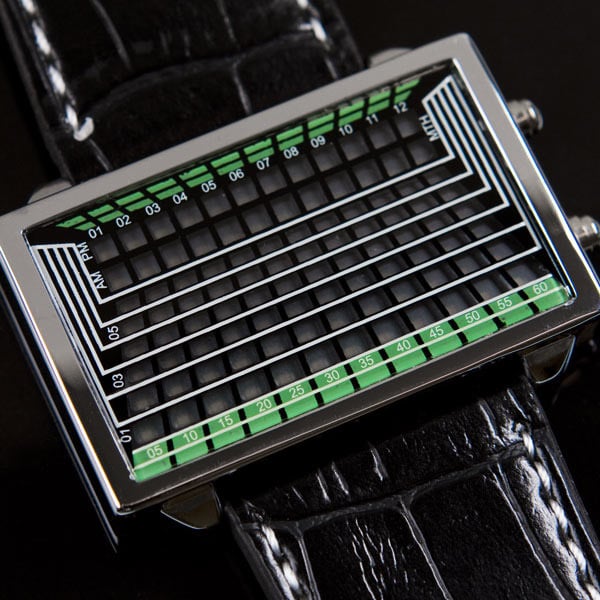 Ok, so the Infinity Invaderz watch isn’t exactly official Space Invaders merch, but you can definitely see how its grid of LED dots were heavily influenced by the 8-bit arcade invaders of yore. 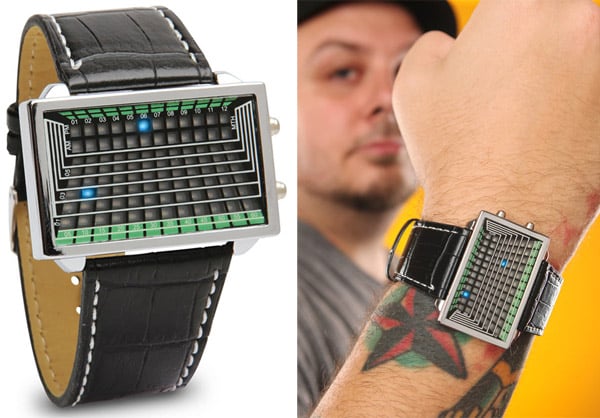 The metal watch features a green and black background grid, and time is displayed with little blue LEDs to indicate hours and minutes. Plus, every time you press the button, the blue LEDs do a little animation before settling on the time (or date). In terms of specs, the Invaderz watch has a sturdy stainless steel case and leather band, and should look great on any gamer geek’s wrist. It’s available now over at ThinkGeek for just $34.99 (USD).