The Only Way You Can Top an OS Named ‘Lion’

In keeping with their cat themed-names, the latest major update to Apple’s OS X is named Lion, which as we all know is the king of the jungle. So where do you go from there? You go here: 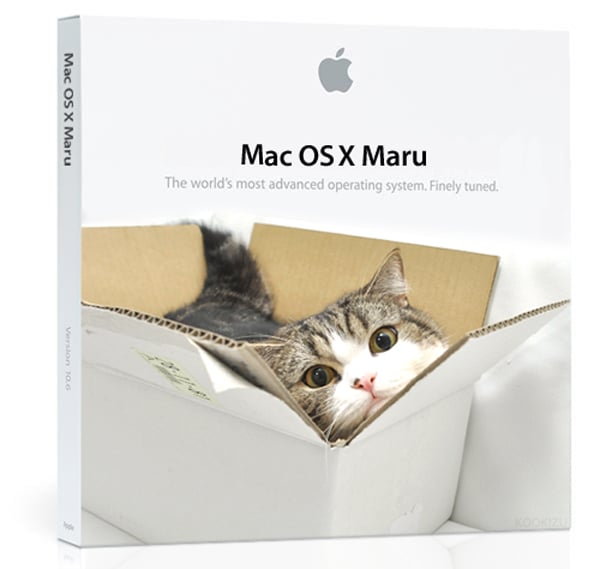 Sorry Nyan Cat, we love you but Maru is the undisputed cat king of YouTube, with videos that have more than 100 million total views. The box-loving Scottish Fold is a living meme. He’s been mentioned in Entertainment Weekly, the New York Times, has appeared in ads in Japan and has his own book and DVD, not to mention a Wikipedia entry. How many domestic cats boast such a résumé? How many domestic cats even have a résumé?

[via Twitpic via Laughing Squid]