This has got to be one of the coolest customizations of a Kidrobot Munny figure ever. Not only does this thing have an awesome steampunk look about it, it’s actually a functional Nintendo 8-bit console too. 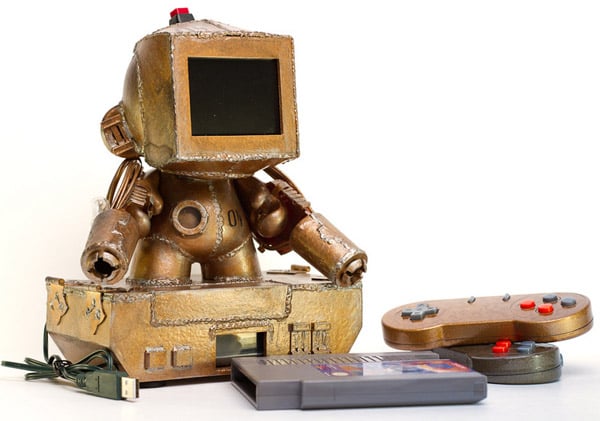 The In’tendo Minion custom Munny was made by Joseph Drust, and it has an NES console in the base, as a small LCD monitor in place of a helmet. All he has to do to get his game on is to snap a classic 8-bit cartridge in the back of the Minion, and he’s off to the races. 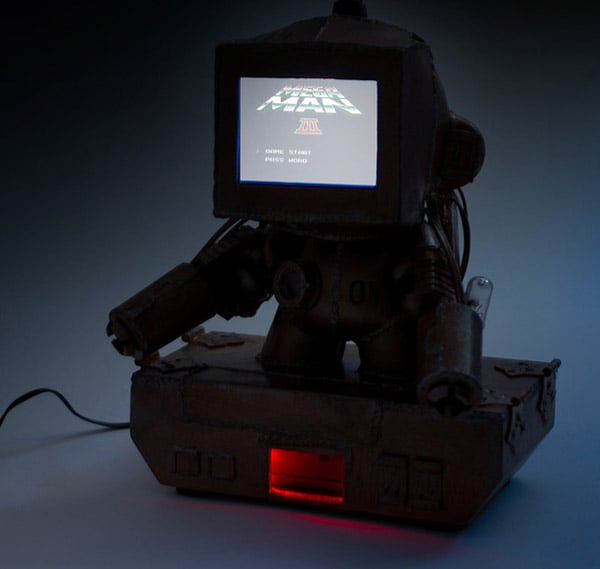 I can’t tell you how much I love this custom, and really hope that Joseph decides to do a whole retro console series at some point. Imagine an army of Atari, SEGA, Sony and Nintendo custom Munnies, each playing classic console games in its head. Or maybe a MAME Munny that plays all the classic arcade games. Sweet.