I have had a bunch of different multitools over the years. I tend to lose them before long and need to replace them. I think the multitool is perfect for the geek toolbox and is a good thing to take with you when you are out hiking or hunting too. Gerber has a new multitool in the works which could really come in handy if you’re into photography. 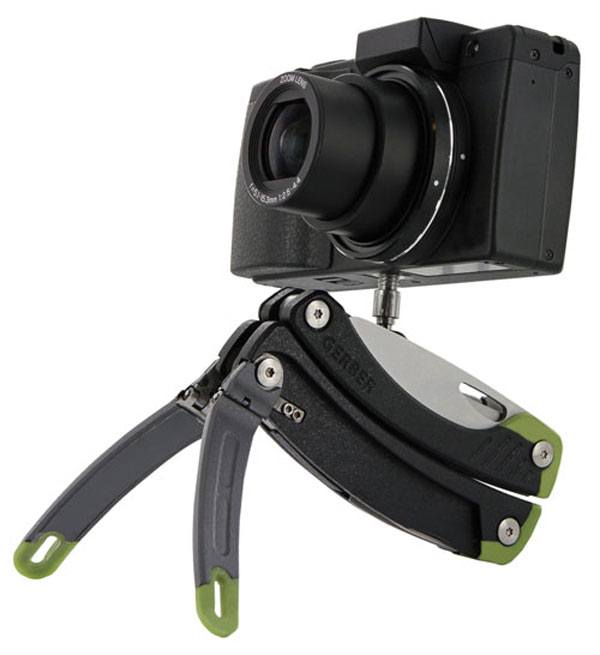 This particular multitool has a knife and 12 other implements that are tucked away until you need them. What exactly those 12 tools are isn’t noted. I would bet that you would find a couple screwdrivers, scissors, and a bunch of other things that can come in useful when you are outdoors. The coolest feature of the new tool is the camera tripod attachment. It has a couple legs on the front to prop it up, and a normal threaded tip attachment that can screw into your camera’s standard tripod mount. 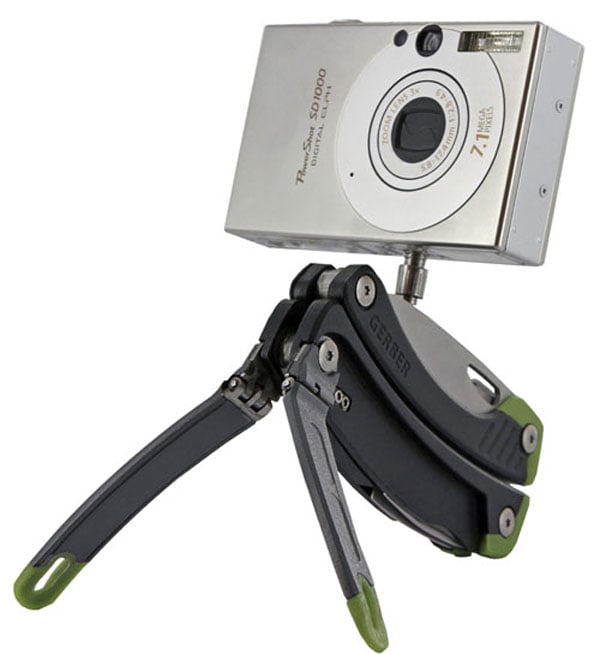 This would be perfect for taking group shots or self-shots. The only real drawback I can see to this thing is that I’d bet that the little table tripod will only hold the smaller cameras out there. The Gerber tripod multitool will sell for about $65 (USD) when it’s released sometime next year.