When you see a vacant lot that’s fenced off and no one seems to care about it all that much, why not throw some grenades at it? No, not the ordinary explosive kind – but instead use some Flower Grenades. These ‘grenades’ will sow seeds wherever you want to, thanks to the smart way that they are put together. They’re perfect for the eco-warrior in you. 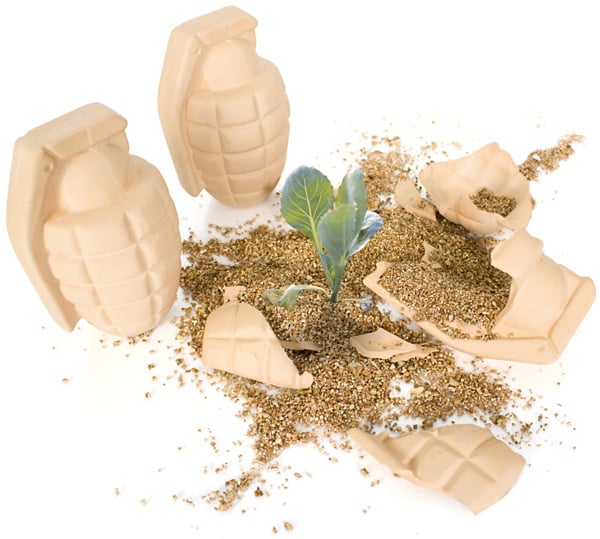 Flower Grenades were designed by Suck UK to introduce vegetation in derelict urban spaces. They are completely biodegradable seed bombs, and come packed with soil and various seeds, including Buttercups, Ryegrass and Poppies. They won’t make a big bang when they land, but a few weeks later, there will be some flowers left in their wake. The flowers will take at least 3 weeks to grow, while the Ryegrass will pop out after only a week. 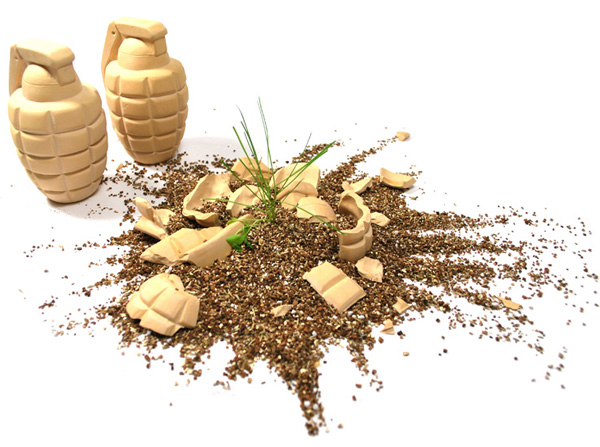 The clay will completely dissolve in the rain, so there won’t be any evidence left of your actions after a few days. It’s the perfect way to beautify some ugly backyards that have been bugging you for a while.