I’m not a trekkie, so pardon me if there is indeed evidence to the contrary, but I don’t think acquiring and managing properties is within the duties of a starship captain. But now you can help the best captains from five different eras conquer the board game frontier with Monopoly: Star Trek Continuum Edition. 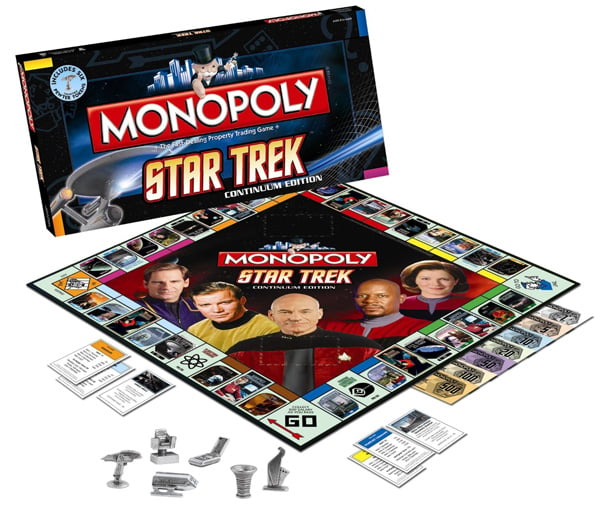 As you’d expect, most of the elements of the game have been given a trekkie twist, from the houses and hotels, which have been renamed “ships” and “fleets”, to the player tokens. Instead of the usual thimble and bag of coins, they’ve been replaced with a Vulcan harp, phaser, communicator, Klingon blood wine goblet, shuttlecraft and of course the captain’s chair. In case you were wondering why the starships are not tokens, that’s because they fill in for railroads instead.

You can order the Star Trek Monopoly Continuum Edition either from ThinkGeek for $40 (USD), or Amazon for about $26.