With the gaggle of touchscreen-equipped buttonless gadgets coming out every second, I was mildly shocked at the sight of Aiptek’s MobileCinema D20. But don’t let it’s retro looks and form fool you, this boombox is one versatile fella, blasting both audio and video on the go. 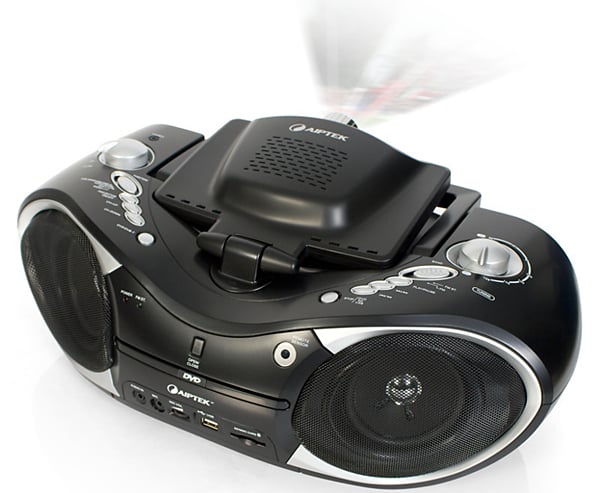 Aside from the usual features and functions we’ve come to expect from music players, the Mobile Cinema D20 can also play DVDs and display video from its LCoS LED projector. The maximum projection size is 75″, but unfortunately it can’t do HD – max resolution is 640×480. Still, it’s a decent alternative if you’re in need of a display. It can also read both audio and video files from USB, SD and MMC storage media. Here’s a look at the projector in action, albeit in a well-lit room:

If Freeview TV (DVB-T) service is available in your area you’ll also be able to tune in to that on the D20. The video below has Spanish captions, but its a decent overview of the D20’s functions:

Here’s a look at the buttons (remember those?) and ports on the D20: 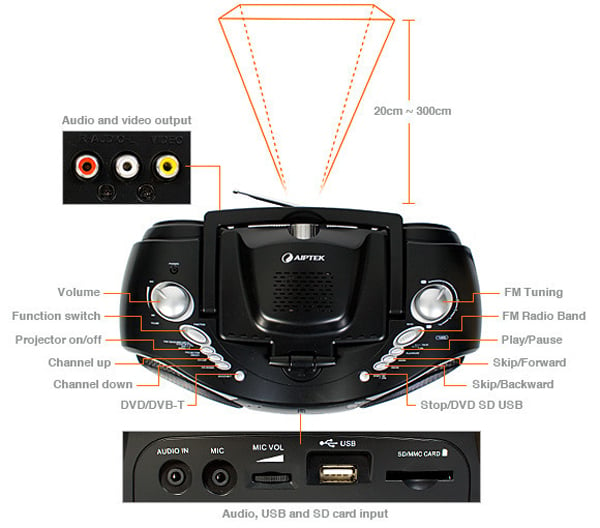 You can order the Aiptek Mobile Cinema D20 from Amazon UK for for about $360 (USD). It ain’t the prettiest gadget out there, but then again you won’t be staring at it when you’re watching videos or playing music.