Guy Gets Stuck in Manhole Trying to Get His Phone, Blames Gang Members

As the story goes, a guy was walking to his buddy’s house that was only a few doors down when some gang members started shouting “gang stuff” and then attacked him. The dude says he was punched and kicked and then the gang members tossed his phone into the drain. 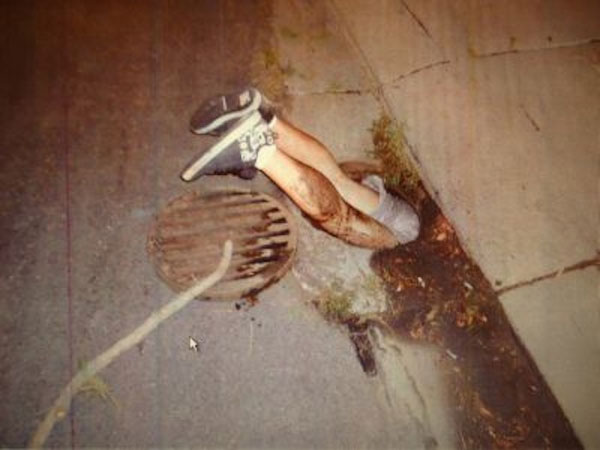 The guy says that rather than going to his buddies house he opted to climb into the drain to retrieve his phone and call for help. If you are feeling like this is hardly the real story, you aren’t alone. The hilarious epic fail of all this is that the dude went WAY into the storm drain looking for his phone and got stuck.

Only his legs were sticking out. The guy then went on the local news, claimed to not remember any of being stuck and talking to the police, and blamed all the scratches and scrapes on the beating laid down by gang members. All of the scratches look like damage from wedging yourself into a manhole to me. What do you think?