I’ve never actually played Minecraft, but I think it’s safe to say that the industrial revolution in the game’s universe started when redstone was introduced, way back in Alpha. From that simple ore came simple computers, printers – 2D and 3D – and now, a working television. 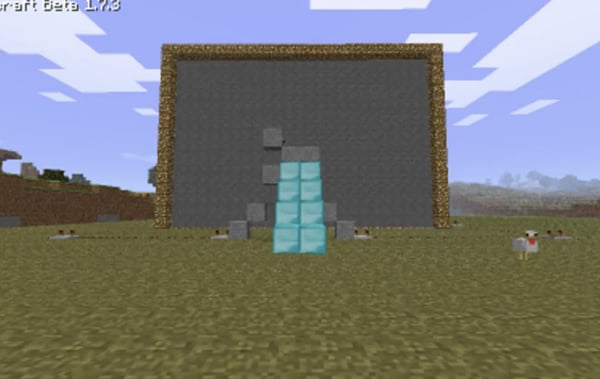 This 96-pixel television was made by YouTube member keacraft. Like the first real world TVs, it can only display black and white video. Actually it’s more like gray and less gray. There’s not much content in the Minecraft universe yet, and that’s not surprising seeing as everyone else is either busy coming up with their own masterpiece or running the hell away from creepers and such. No one’s got the time to put together shows like Minecraft’s Got Talent or Survivor: Nether, even though both would make for great TV.

Going back to the TV itself, like most Minecraft creations the most striking thing about it is the amount of work that keacraft evidently put into it. Watch the video to find out what I mean:

And I thought our old CRT monitor had a big behind. Goodness. No wonder keacraft left his TV out in the yard among the chickens. Damn thing wouldn’t fit in his house.