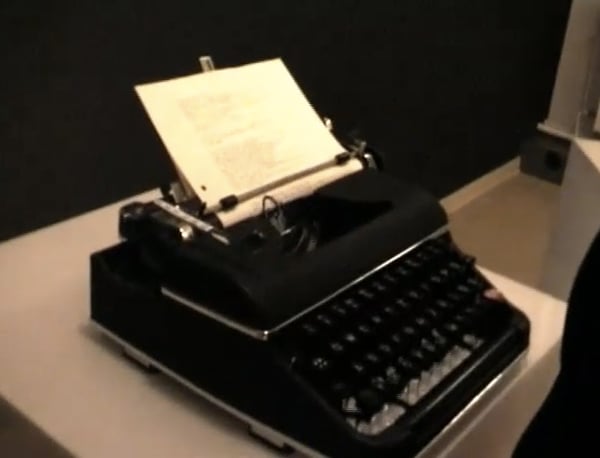 With the help of “some solenoids, relays, pushbuttons, some parts of a cheap keyboard, an arduino mega and a mac mini” , the typewriter can be used to send messages online. Whatever is typed into the paper gets sent, and the replies are automatically typed into the paper, archiving the conversation in the process. Whether our daily conversations are worth documenting is another matter.

Daniel planned on using the Stype to chat on Skype – hence the name – but in the demo video above the user is chatting with ELIZA, an early proto-chatbot. I wonder how you’ll send links, pics and videos on Stype.