Designer Hadar Gorelik set out to find a solution to a problem that’s plagued many hungry people in the morning: there’s never enough toast to go around, because most toasters can only take two, maybe four slices of bread at once. So you put in two, then you wait, then ding and then you take those out and put two in… Hadar’s solution? More toast slots! 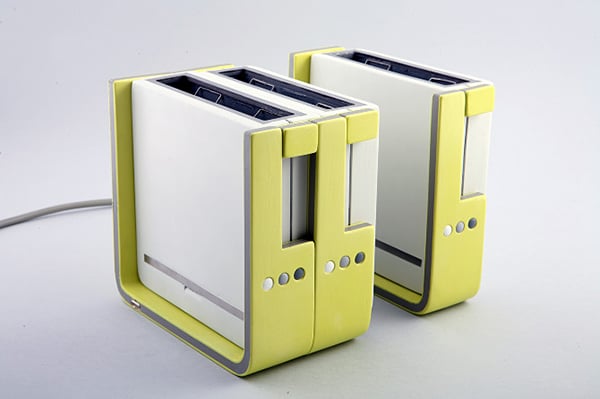 As you can see Hadar’s concept involves a single slot toaster that can be combined with its own kind, forming one ultra mega hyper mecha toaster train. Each unit works on its own, so you can take one or more units off the mother toaster ship if you don’t need to toast a lot of bread or if you want to take a toaster with you. 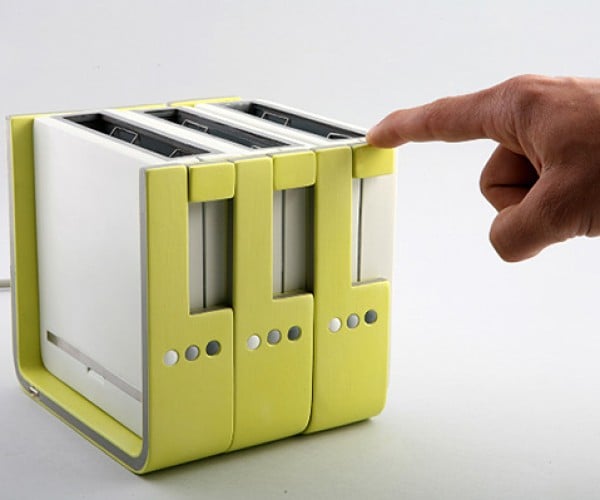 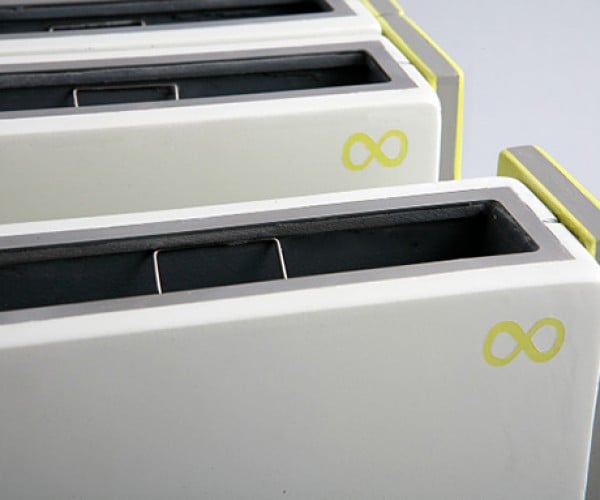 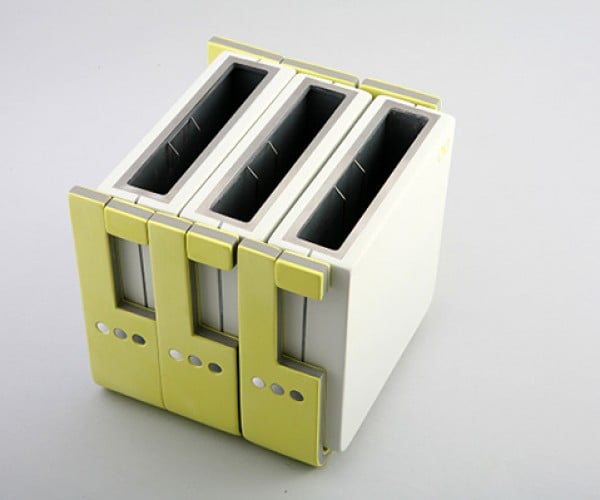 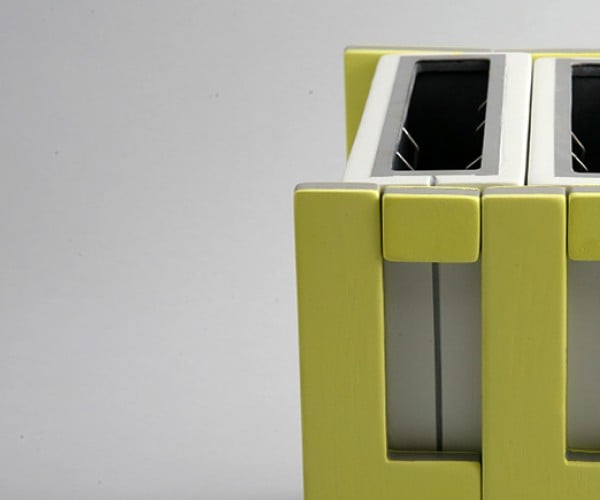 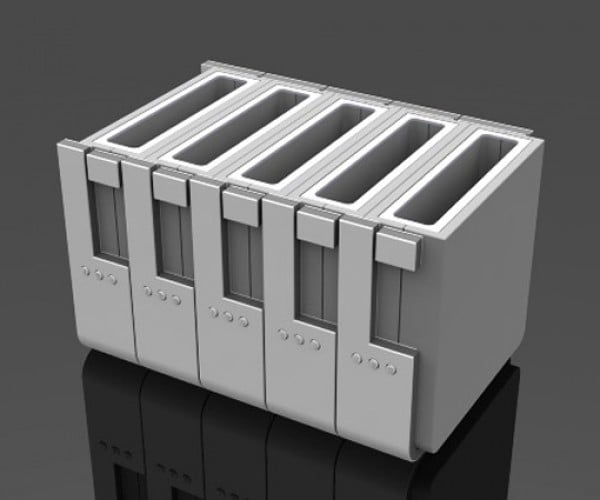 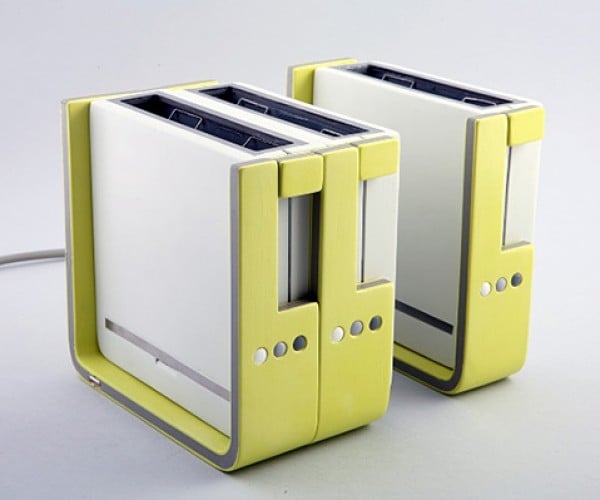 I just see one problem with Hadar’s concept. How are they powered? Does each toaster have its own cord and plug, or will you only need to connect one toaster to a socket even though there are multiple units connected? And what’s the toaster’s finishing move? Why are the individual units not color coded? How will we recognize the team leader without his red outfit?

[via Cargo Collective via thinng]