I have always though it would be cool to learn how to play the piano. I don’t want to have to play boring crap like Mary Had a Little Lamb though. I want to just skip to the part where I can play that theme song from Charlie Brown. Until they can stick a Matrix spike in my head and just teach me all at once I guess I’ll sit on the sidelines. 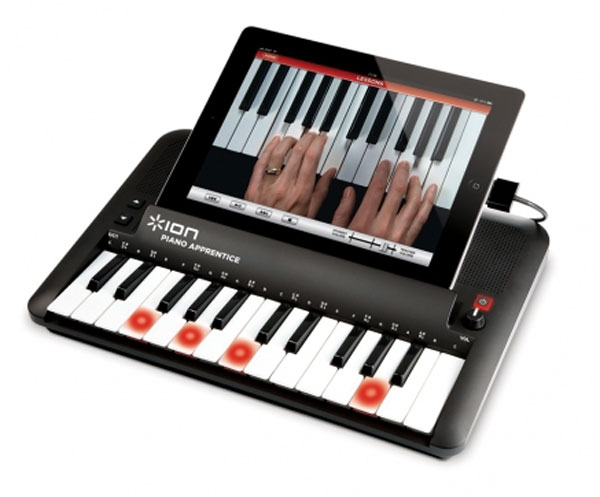 I guess for now as close as you can get to learning without actually having to find someone to teach you is the Piano Apprentice from Ion Audio. This thing is a little 25-key keyboard that has a slot and connector for your iPhone, iPad, or iPod touch. The connection between the two makes the piano interact with the app.

The app on the iOS device has an instructor named Scott Houston and as he hits chords and keys on the screen, the same keys light up on the keyboard you are using. The keyboard is powered by AA batteries and  is also Core MIDI compliant. Pricing and availability for the Piano Apprentice is unknown at this point.