I always think of the people that work at the White House as a bunch of bah humbug sorts that have no fun. I might have to change my notions of these political folks though. A White House Correspondent named David Wiggs was sitting though another correspondent brief when he tweeted what he thought. 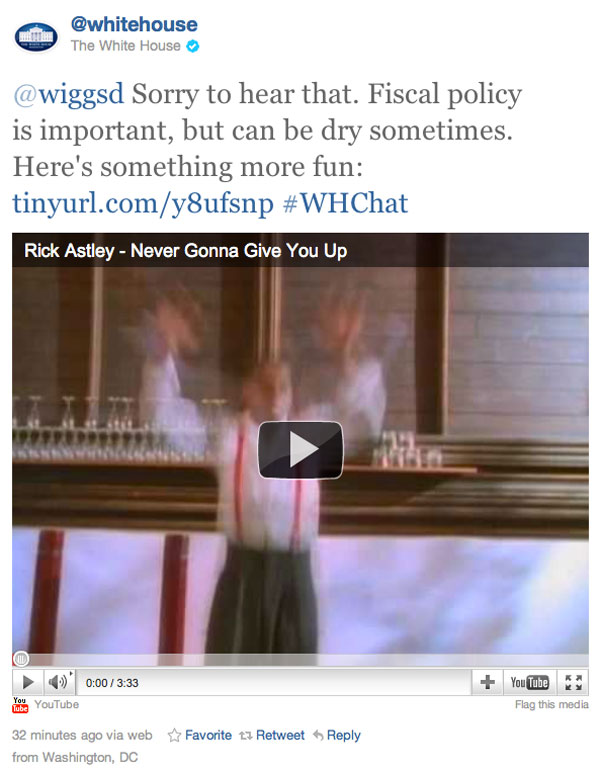 Wiggs tweeted, “This WH correspondence briefing isn’t nearly as entertaining as yesterday’s.” That seems innocent enough, but someone at the White House had a devilish streak and tweeted back “Sorry to hear that. Fiscal policy is important, but can be dry sometimes. Here’s something more fun: http://tinyurl.com/y8ufsnp“

The fun part was that Wiggs got Rickrolled by the White House. Wiggs noted later that someone had already told him what the link was to before he clicked it, but still pranking from the White House is great. Now if we can just get someone to prank the VP. If Obama would short sheet the VP’s bed it would go a long way towards redeeming him in my eyes.