I like Assassin’s Creed and I’ve played it a bit, but I also like retro games. Maybe I would have liked it better if Assassin’s Creed were an 8-bit game on the NES. Check out this sweet animation that was created to showcase just this. 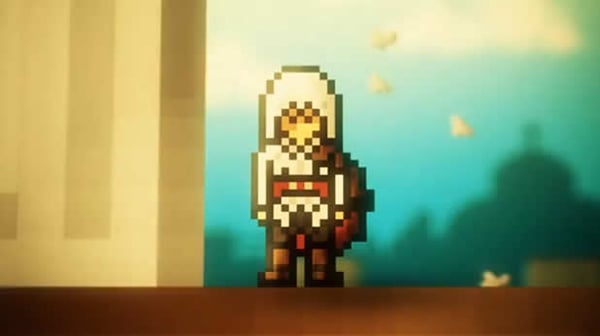 This video was made by Balazs Kalocsai and it shows you exactly what the game might have looked like in the 80s, on an 8-bit console. Would this game work for real this way on an Xbox 360? Probably not, but the video is still fun to watch.

The art looks way better than any 8-bit console I’ve ever seen, but you get the point. The characters sort of like voxels which have been flattened into two-dimensions, which is a strange way to describe them, but that’s what they look like to me.