Chinese Man Brings Fake MacBook Air to Real Apple Store for Help, and Gets it!

I am not sure what to make of this story. Either this guy was too cheap to buy a real MacBook Air and just some major stones to take it into a real Apple Store to get help from the Genius Bar, or the guy really thinks he has a real MacBook Air, and thought he was under warranty. 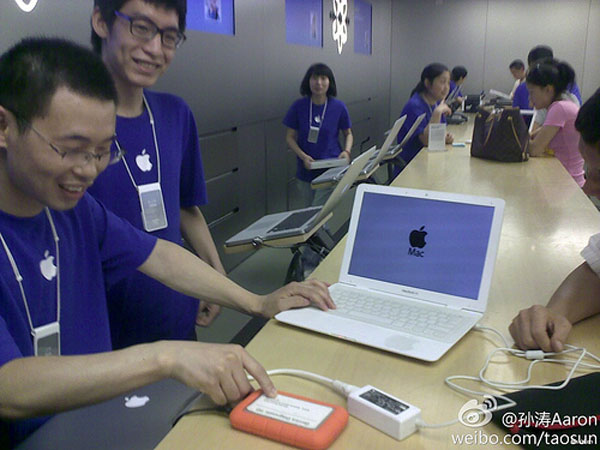 The Apple Genius, being the genius he is, immediately noted the machine was not a real MacBook Air. I would have expected him to stick his nose in the air and toss the man and his faux Mac to the curb. But that’s not the case. The Apple Genius reportedly fixed the dude’s real technical issue on the fake MacBook.

The only proof of any of this is the photo you see here. Of course, there are fake Apple Stores in China though, so maybe he brought his fake MacBook to a fake Apple Store. This store appears to be real, what do you think?