With the proper accessory, the latest model of the iPod Nano can be worn on one’s wrist like a watch, but you can’t watch videos on it like you could on the previous generation. If you want to get the best of both worlds, Chinavision has something for you – sort of – in the form of the Timesnap media player watch. 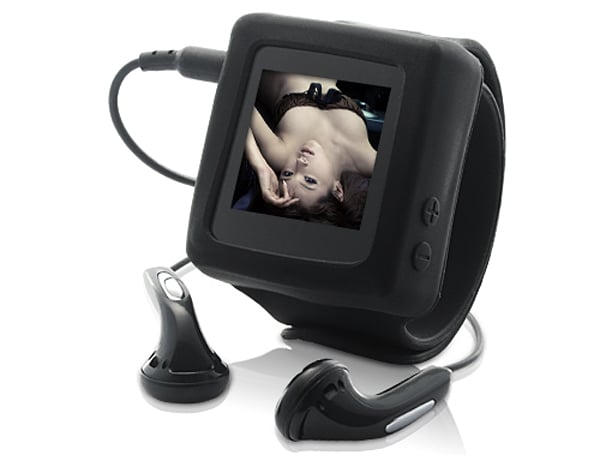 Not only does it play MP3, WMA and WAV files, the Timesnap can also play video files on its 1.5″ screen, specifically MP4 and AVI formats. It’s also an FM radio, a sound recorder, and an e-book reader… as long as said e-books are  .txt files. It has a microSD slot, and comes with a 4GB card. Like many modern gadgets its Li-ion battery is recharged via USB. Unfortunately, like the older iPod Nano, the Timesnap doesn’t have a touchscreen, and is controlled using good old buttons. 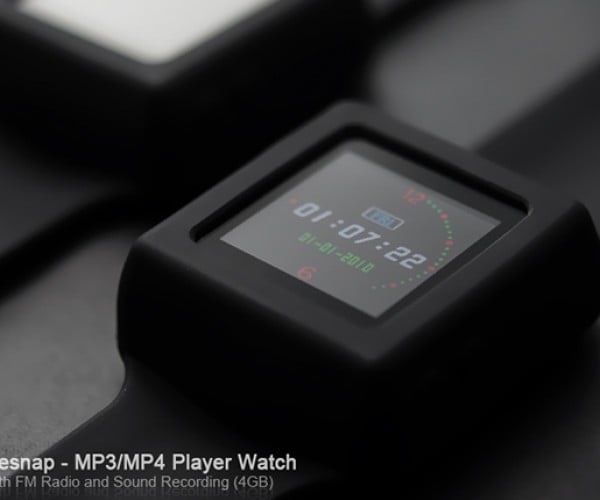 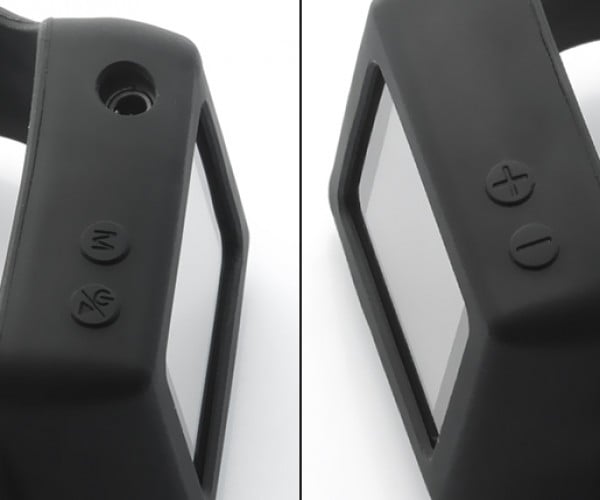 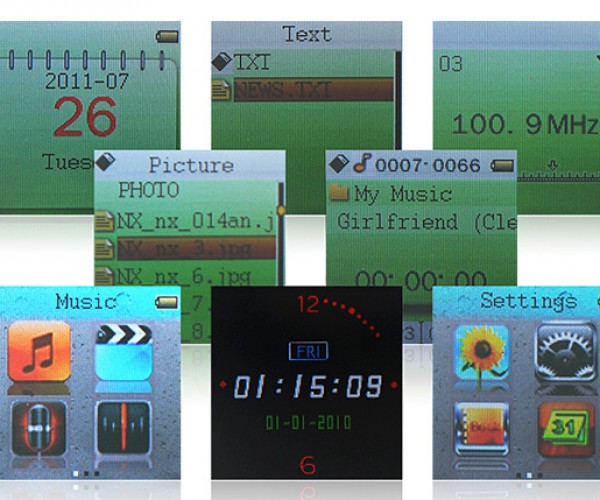 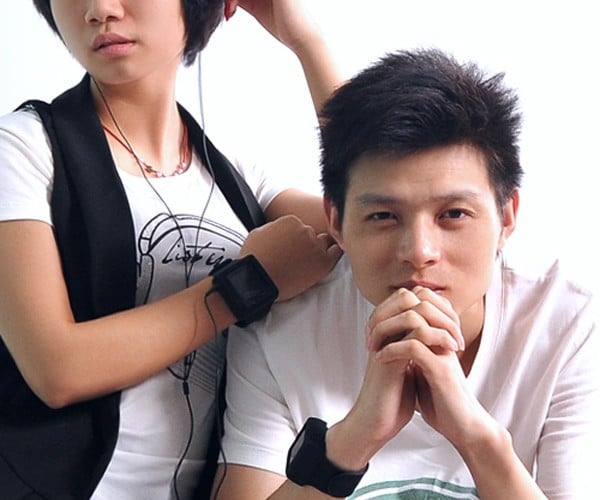 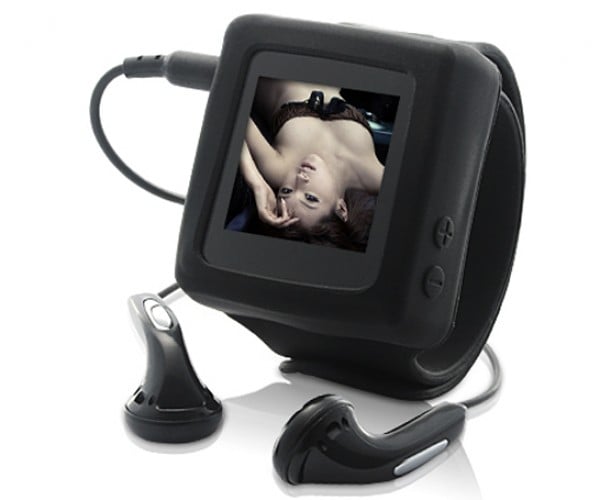 One other thing that the Timesnap lacks? Originality. Many of the menu icons are ripped straight from Apple. At least you can keep it in watch mode when you’re around other people. Desperate to watch video on the go? The Timesnap is available from Chinavision for about $37 (USD).  I just hope it’s not lacking in quality.