This Toy Story Alien USB Webcam stands at around 15 inches in height, which means that it’s larger than the actual aliens that were featured in Toy Story. It’s big enough that it will stand out on your desk (and honestly it might clash with a few things on your workstation.) 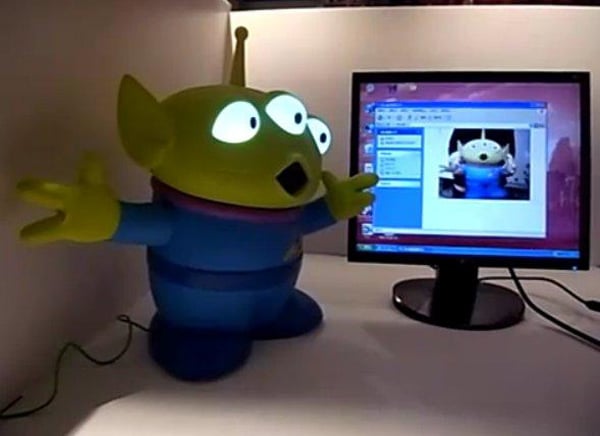 The limited-edition Alien USB Webcam has an antenna that lights up, which glows and pulses. The webcam is mounted in its mouth, not its eyes – despite the fact that it has three of them. The trio of glowing eyes will chirp or squeak for added fun. And not that it really matters, but the webcam has a 1.3MP sensor. If you’re buying one of these, you’re not getting it for the image quality though.

When you disconnect it, the webcam will even make an “ooooh” sound, just like in the movies. There’s also a speaker in the base to allow it to serve as an external speaker, as well as 2 USB ports so you can use it as a mini-hub. 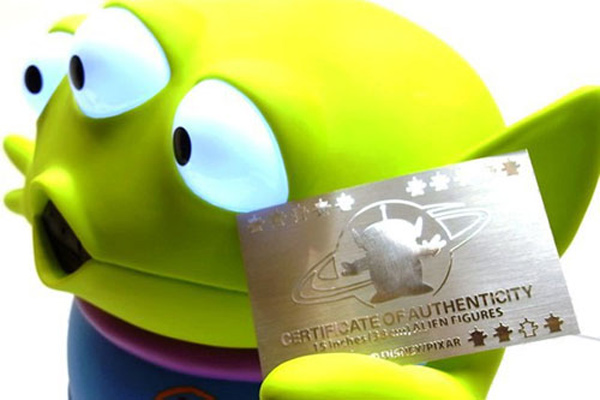 We know that it’s official Disney/Pixar merch from the included Certificate of Authenticity. Since it was limited to only 500 pieces worldwide, it’s pretty hard to come by one. However, there’s a small batch of them up on eBay now, selling for the rather exorbitant price of $299.99 (USD).

[Everything USB via Ubergizmo]