I have always been a big fan of Archaeology; I blame Indiana Jones more than anything else. Plus, I am always intrigued by the things that people use the Microsoft Kinect sensor for that have nothing to do with gaming. Some University of California, San Diego students are going to be taking part in a archaeological dig soon in Jordan that makes use of the Kinect in a cool way. 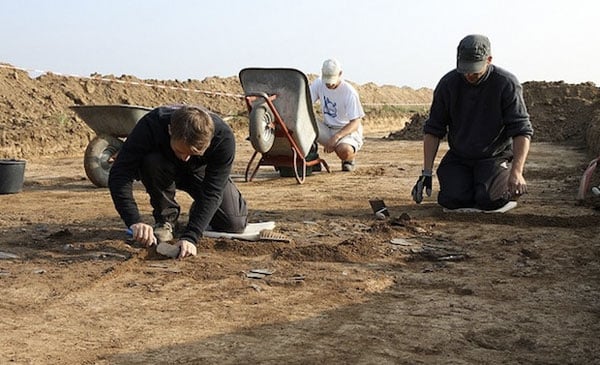 The students will be using the Kinect as a 3D scanning tool to record the positional details of the items that are found. The same technique is often performed using expensive LIDAR systems. The hacked Kinect system they’ll be using was created by the California Institute for Telecommunications and IT. It taps into the Kinect data stream blending 3D positional data and color video texture maps to make the scans that can then be inserted into a virtual world.

This allows the students to study something without actually having to touch it. Of course touching something thousands of years old can be a big problem if the object is frail. So far, the Kinect sensor can only be used indoors. However, they are working on improvements that will allow the hacked sensor to be used outside.