If you have a PS3 and you would like to be able to play 3D games and watch 3D Blu-ray flicks, but you don’t want to upgrade to a 3D TV costing thousands of dollars, Sony has a good alternative, the PlayStation 3D Monitor Kit, announced at E3 earlier this year. Sony has now pinned a ship date on the rig, December 31, 2011. 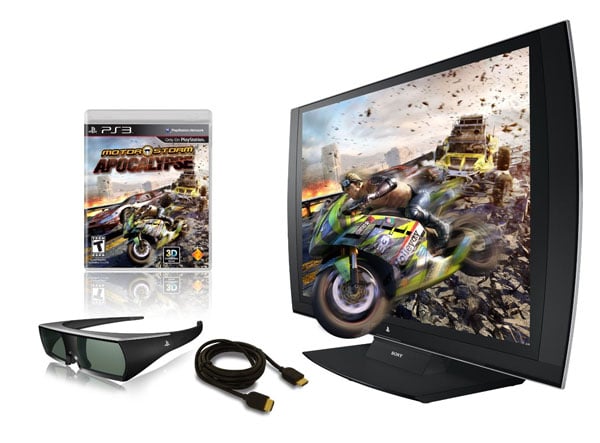 That ship date is too bad really, a few weeks earlier and many gamers would have found the monitor under their tree Christmas morning. The kit will sell for $499.99 (USD), and for that price you will get a smallish 24-inch screen, a pair of Active 3D glasses, and a copy of the game Motorstorm Apocalypse.

The glasses needed with the set are the active type, and charge via USB. The screen also supports Sony’s cool SimulView tech to allow two users to see two different images on the screen at once, instead of using split-screen mode. The display also has dual HDMI inputs and integrated speakers.

You can pre-order the PlayStation 3D Monitor Kit over at Amazon now. Additional glasses will set you back $69.95 a pair.