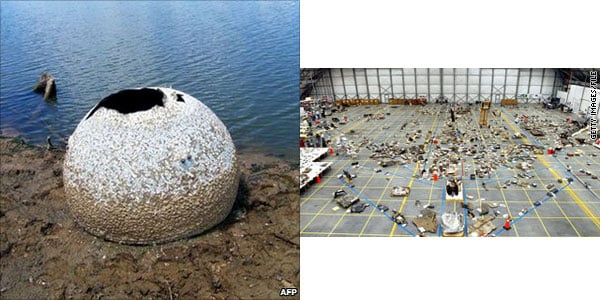 It has been about seven years since the Columbia exploded, coming back to Earth after its mission and parts of the shuttle are still missing and will likely never be found. The woods in this part of Texas are extremely dense and cover hundreds of acres where modern man may have never walked. East Texas is having a severe drought this summer coupled with very high temperatures and the lakes are suffering from the drought.

The most debris from the shuttle disaster was found in Nacogdoches, Texas and with the lakes in the area shrinking, a previously undiscovered part of the Columbia has been found in a dried section of a local lake. NASA has confirmed that the piece is part of the Columbia and has stated the four-foot diameter part is a tank that provided the shuttle with water and power. NASA is deciding now whether recovery crews needs to be sent or if local authorities can handle the recovery.