The Blind Camera Shows You Other People’s Photos – Oh, Wait, Did I Say This Was A Camera?

A digital camera is essentially something you use to take photos or record videos. You can also review the images you’ve already taken simply with the flick of a switch or with the push of a button.

So in that sense, the Blind Camera isn’t really a camera at all, but the way it works and operates is pretty cool. As you can see, there are no lenses or anything, but there is a big red button that’s just screaming out for you to push it. Once you do, a cellphone that’s built into the Blind Camera unit retrieves a photo from Flickr that was taken at the exact second. Pretty cool, right? 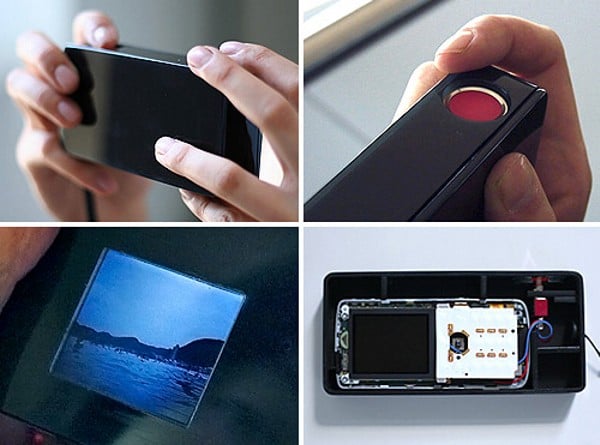 Sascha Pohflepp is the man behind the faux camera, which is on display as part of his Blinks and Buttons art exhibit. He explains his inspiration for creating such a piece:

Taking a photo means making a memory. Choosing a moment in time and framing a situation. Archiving it or making it public. Either way, we create a visual item that we have an emotional attachment to through our memory. Photos help us to remember moments in our past. Often they even become a memory in their own right. For many, making their moments public through services like Flickr is already part the process of photography itself, creating archives which contain a vast collection of visual fragments of individual lives.