Is the Moon Really Two Moons?

The side of the moon that we can see here on Earth looks mostly smooth even if it is covered with a bunch of craters from impacts over the millennia. Often we call the side of the moon we see the “light side,” but more correctly it would be called the “near side.” 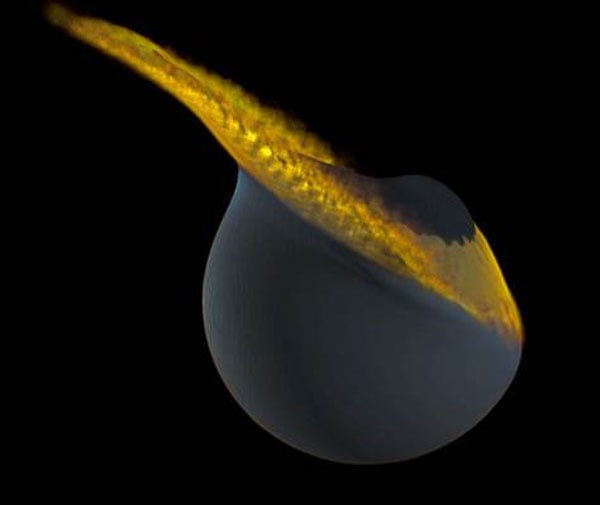 Scientists and astronomers have often wondered why the two sides of the moon are so vastly differently. A new computer simulation has given way to the theory that our moon may in fact be the result of the collision of the moon with a much smaller moon about 750 miles in diameter early in the formation of our solar system. The thought is that the far side of the moon is what remains of the crust of the smaller moon that crashed into it, and that the front side is what remains of the larger moon.