Mars is the planet that will likely be the first planet outside of Earth that humans will set foot on. One of the things that NASA is looking for on the planet are signs of water that could be used for astronauts to drink and other things. So far, liquid water has proven to be hard to find outside of our own planet. 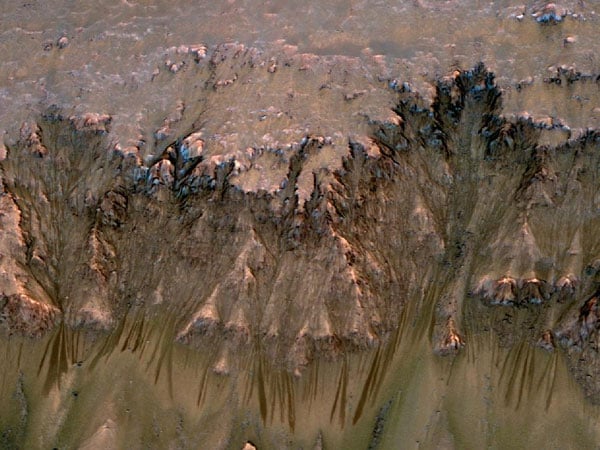 NASA has announced that its Mars Reconnaissance Orbiter has found evidence of what may be flowing water on some slopes on the red planet. The orbiter found dark finger-like features that are going down the slopes of some features on Mars. NASA says that the features show up in early spring and stay though summer before disappearing. Since they appear during warmer seasons the though it that the flows might be water.

NASA notes that normal water would be frozen even during summer temperatures on Mars. The flows, if they are in fact water would be “briny water” or salt water with salt concentrations close to that of the oceans on Earth. Salt lowers the freezing point of water. The flows are half a yard to five yards wide and are up to hundreds of yards long. 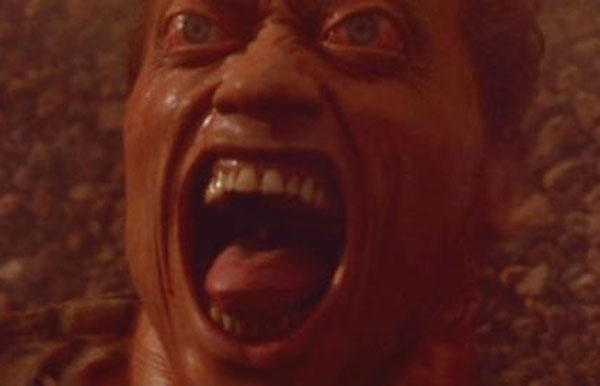