Three Lego Minifigs on a Mission to Jupiter

Okay, so they’re not really going to another planet for a mission. But in the pretend world that most young boys and girls make up while they’re playing with their minifigs, these three special LEGO dudes might as well be. 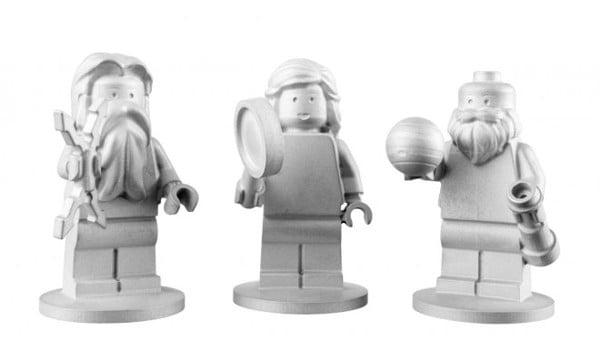 LEGO has kept the entire project under wraps, but they’ve finally revealed that they were hard at work creating these three special LEGO minifigs and carving them out from blocks of aluminum so that the scientists who are a part of the Juno mission will be able to stash them in the ship.

(Even scientists need some toys in outer space. You’d think manning a whole ship would be enough, but no, these scientists had to go and tell LEGO that they wanted to bring along some minifigs, too. And no, I’m not saying this out of envy. I mean, why would I? ) 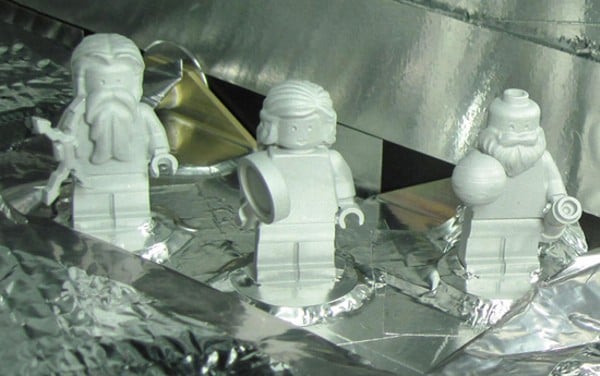 The minifigs are LEGO-lized versions of the Roman god Jupiter, his sister Juno, and Italian astronomer Galileo. After the mission, LEGO will be known to have been the toys to travel the farthest.

Each of the figures cost $5,000 (USD) to make, since extra care was put to ensure that they wouldn’t interfere with NASA’s measurements or (God forbid) cause any accidents while on board the ship.

[via Wired via Dvice]