The LEDoor Helps You Find Your Way in the Dark, But Leaves You Without A Door Knob

Increased power demands have brought about a higher frequency of blackouts and power shortages in many countries. I groan inwardly each time the lights go out because I can’t, for the life of me, remember where I stashed my flashlights. 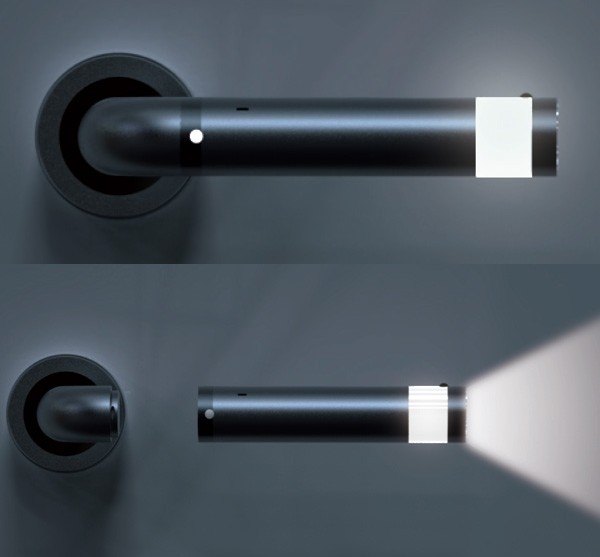 After a futile search for a flashlight, I slowly and gingerly make my way towards the door, using only my mobile phone as my source of light. Now I thought such a scenario was unique to my forgetful situation, but apparently, it’s a more common situation than I thought.

It’s probably what designers Kun-hee Kim, Kei Shimizu and Nguyen-vu Dang were following up on, too, which is why they came with their design for the LEDoor handle, which is a door handle with a removable flashlight that can  triple as a mood light and a night light as well. 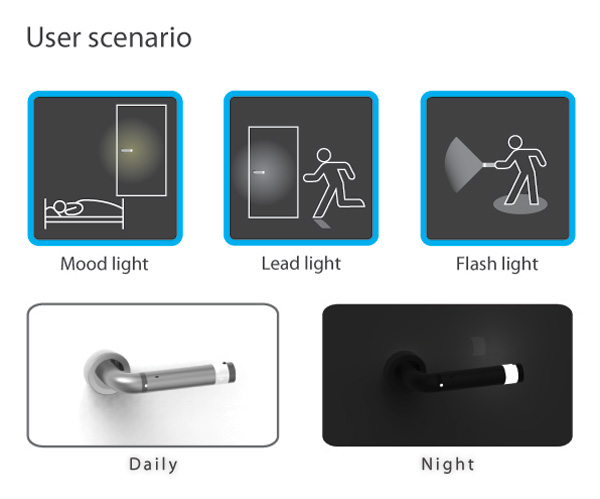 So the next time you find yourself without a flashlight, just head on over to the door and twist the light off. But the problem is, what about the other person who’s still in the room who’s now left with no door knob? Hopefully the designers can work out the kinks, because I think the LEDoor has some potential to really make it on to the doors in our homes in the future.