Conner has been blogging for major internet publications for several years and is of course a hardcore geek. He has authored several Sci-Fi novels and short stories, some of which are collecting dust in his office, while others collect dust on Amazon.com’s shelves. 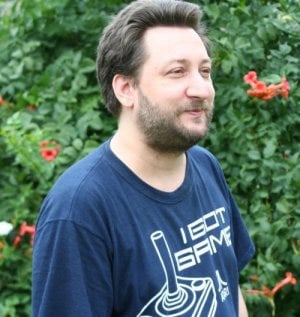 When not blogging about the latest gadgets, toys and robots, he is usually playing Killzone 3 and dissing you in a Helghast voice while he frags you. Conner also enjoys modding old video game consoles and attained brief internet fame by combining an Atari 2600 with a Guitar Hero guitar.

Like any geek, Conner also has a love of retro and new toys, so his latest project is a new geek toy store over at ecrater where he hopes to make many geeks happy by making sure they remain kids forever.

He looks forward to joining the team. In fact, when he heard the news, he got all teary-eyed, holding up an Oscar and saying “You like me. You really like me.” and “Yo Adrian! We did it Adrian!”

When he ran out of famous quotes and saw that no credits were going to roll to the triumphant end-of-movie soundtrack in his head, he simply stopped his foolishness and went back to writing.