It’s not often that you come across creative bowling balls. Sure, there was the time we had those Star Wars balls, but they didn’t even bother to make a Death Star ball. How lame is that? Somebody needs to get to work on that. One thing that is not at all lame are these awesome zombie head bowling balls. 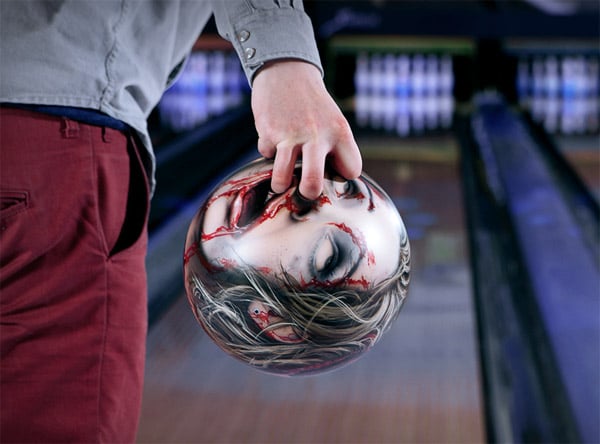 Each hand-painted ball features a disfigured and decapitated zombie noggin, with plenty of gore oozing forth from the strategically-placed finger holes in their eye sockets, nostrils and mouths. The gashes on the back of their heads is a nice touch too. 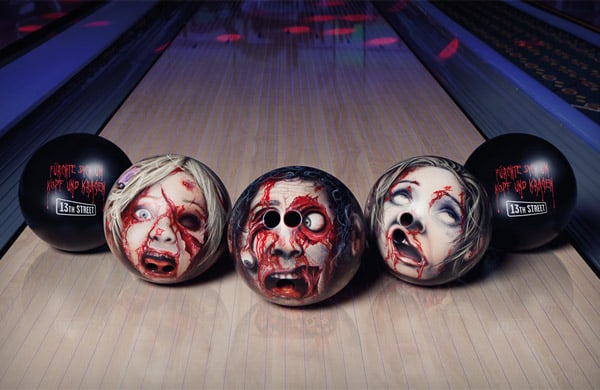 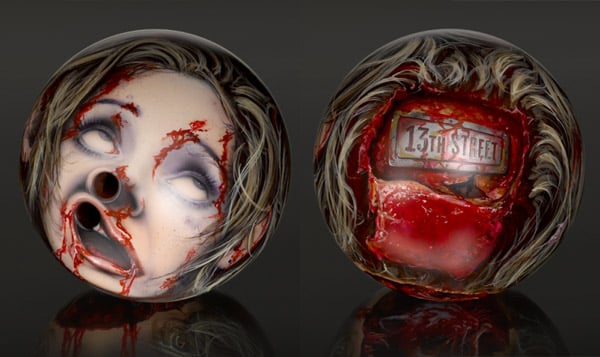 The zombie bowling balls were created by Jung van Matt/Elbe ad agency to help promote Germany’s 13th Street horror/science-fiction television channel. These are the same guys behind the equally clever Stationery of Horror. 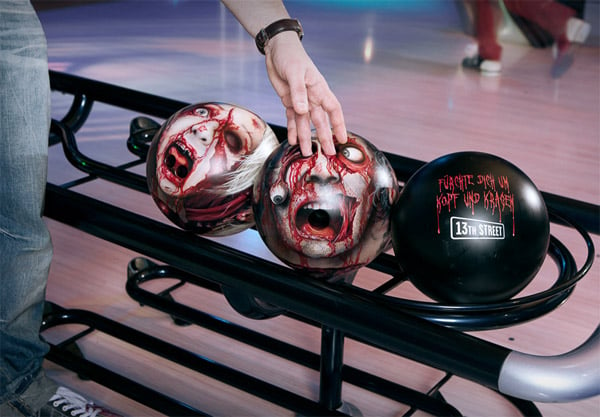 Even better yet, they went around to various bowling alleys, swapping out the standard balls for these. I would so play with these if I saw them at the local alley. If nothing else, I know what my accessory should be for my Halloween costume this year.