Android Network Toolkit: Want to be a Hacker? There’s an App for That

While iOS users can pretend to be hackers with games like Hack RUN and iHack, those who own Android gadgets will soon be able to break into networks and computers for real. That’s because Israeli security firm zImperium is about to launch an app that can search for vulnerable targets and infiltrate them, allowing users to eavesdrop or even “attack” the devices. 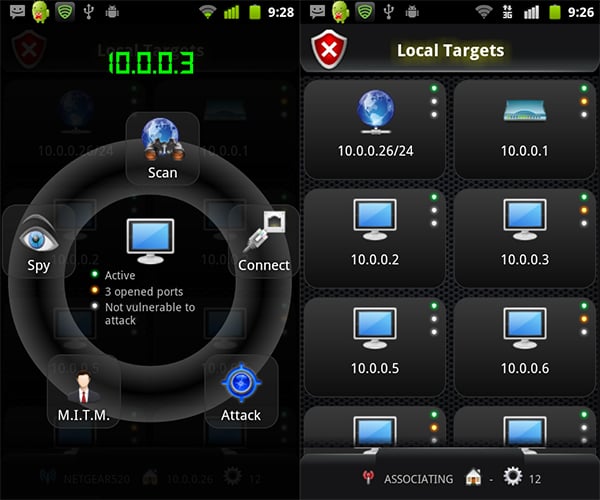 The app is called Anti, short for Android Network Toolkit. It was introduced by zImperium at last week’s Defcon hacking conference, and reportedly impressed several attendees for its ease of use and affordability. With Anti, a user can infiltrate Windows machines, devices running an unspecified older version of Android and yes, even iPhones. Anti will debut at the Android Market next week as a free app that can be upgraded for $10 (USD).

I’m sure you’re wondering why Google would approve such an app. The answer lies in zImperium’s trade – security. The idea is to use Anti to detect weaknesses in a network or machine so that they can be patched or fixed. But even zImperium knows that Anti can cause serious damage in the wrong hands. The company left a note in the app saying, “Please remember, with great power comes great responsibility. Use it wisely.” Right. Check out Forbes’ website for the full story on Anti.

For more ideas on how to hack Android devices, check out Joy of Android’s Best Android Hacks article.