When driving down the road, you never stop to think that a Koopa shell could slam into you and knock you off course, but it might be time to start worrying about this possibility. Why? Because Turtle Shell robots are now having real life races. 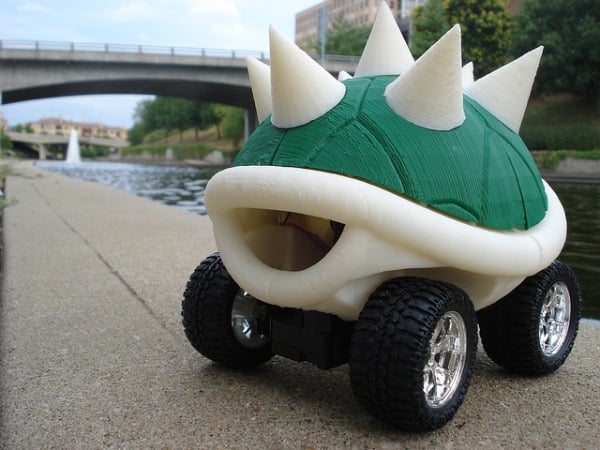 It won’t be long before we have to start throwing bananas at these things, when they make our roads something out of a Mad Max movie produced by Nintendo, but for now it looks like a whole lot of fun. Michael Overstreet and a bunch of fellow makers are having turtle shell races in Kansas City. Many of the parts used to create these bots were printed on a MakerBot 3D printer. We don’t have much info yet, but it looks like they are remote controlled from smartphones and not a Wii-mote.

According to Michael, there will be more info coming in the next few weeks and a website. Could we be looking at the birth of a new racing fad? Stay tuned. And drive safe.