There are times in war or in police work where you need to know what is on the other side of a building or hill without having to go up the hill or around the building and walk into a trap. A couple geeks have taken a wicked looking 37mm flare gun and turned the thing into a tool to let you see what is waiting over the hill. 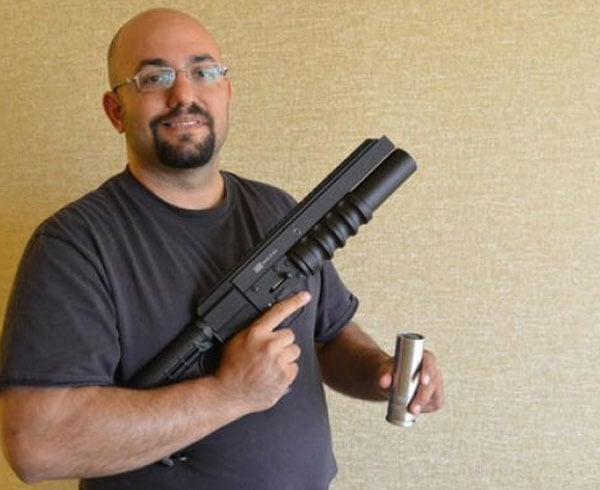 The two guys that made this hack are Vlad Gostom and Joshua Marpet. The flare gun shoots a mini projectile that has a small camera inside. The camera floats back down to earth after being shot 500-feet into the air, and gives the user about 8-seconds of video to see what’s going on.

The camera sends its video back to the user via 5.8GHz technology to a wireless receiver on the ground. The hackers showed off their invention at Defcon and say that the first test of the system didn’t go well with the projectile only going about 30-feet into the air, but they expect better with the next test.