Gold 2011 MacBook Pro: Because Aluminum is for the Poor

So you’ve got a gold plated flash drive. It even looks like a real gold bar! La dee-frickin-da. That’ll look pathetic without an equally blinged out computer to stick it into. If you really want to burn money and be a true techie pimp, you’re going to have to get something like this golden MacBook Pro by Computer Choppers. 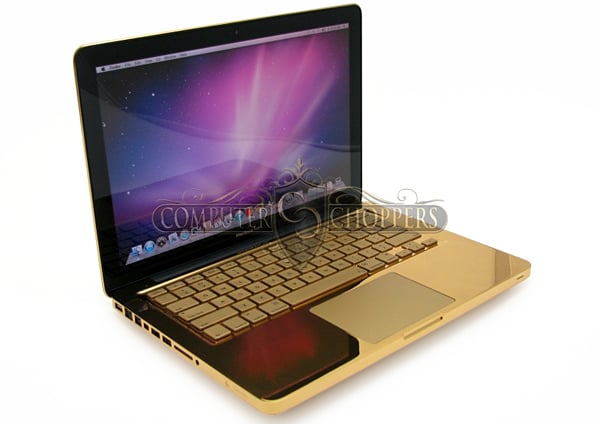 We’ve featured Computer Choppers’ exquisite craftsmanship on a pre-unibody MacBook Pro before, but which millionaire in his right mind would want a previous generation golden laptop? It just doesn’t make sense! From what I understand, this time only the case has been coated with 24k gold. The keyboard and trackpad are merely “color matched”, whatever that means. It’s still quite a piece of work though. The company also claims that no special care is needed when handling the golden laptop because the plating is scratch-proof. It’s the opposite of thief-proof though. 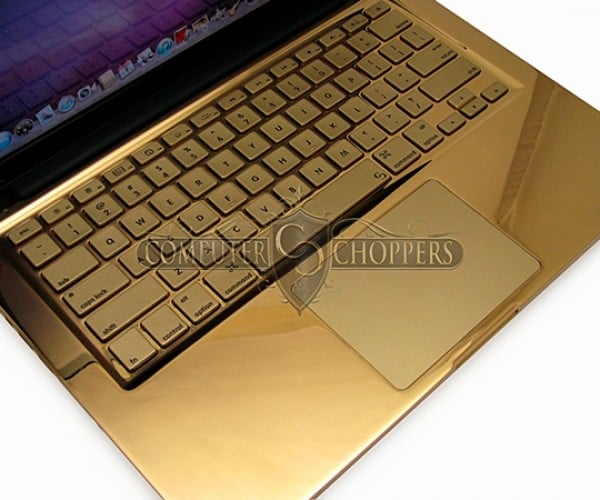 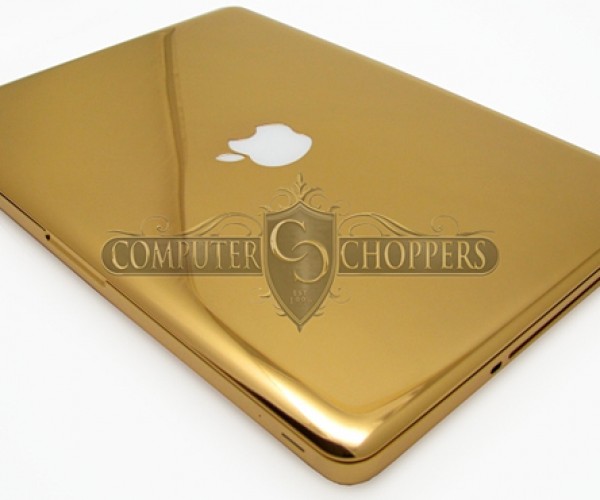 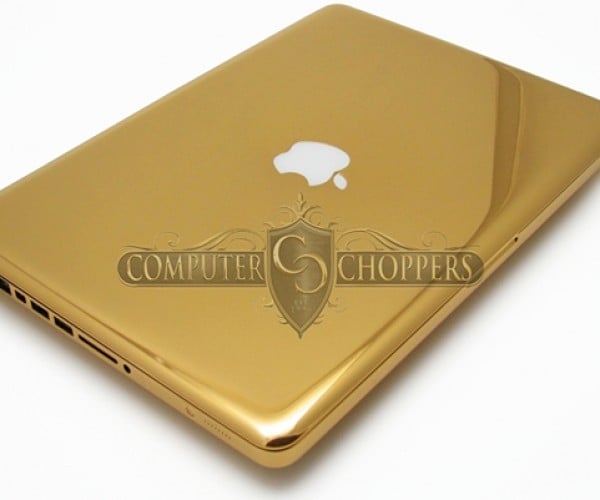 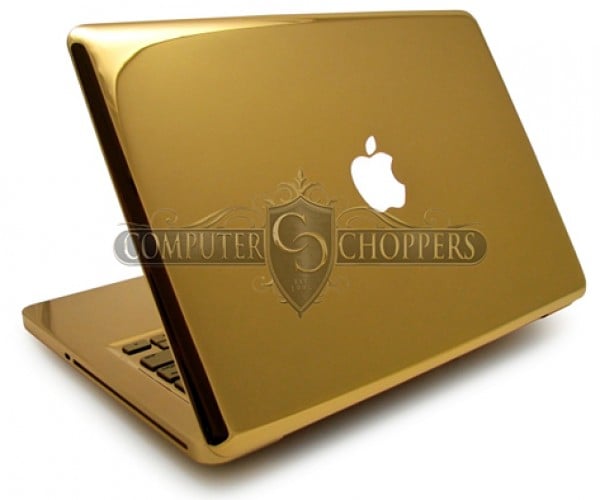 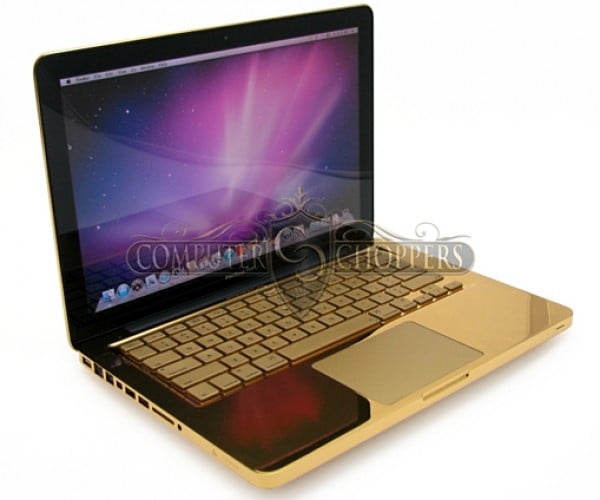 Just like the ordinary models that Apple sells for unwashed middle class peons, the 24k gold plated MacBook Pros are available in 13″, 15″ and 17″ versions. Pricing starts at $5,000 (USD), but who cares about that. Have your people call Computer Choppers‘ people so they can work something out.