One of the things that I always regretted not seeing on the trips I made to CES over the years was Star Trek: The Experience and the Star Trek bar at the Las Vegas Hilton. That bar is now closed down so I have missed my chance. The people that visit Aqaba, Jordan will have a much better Star Trek experience than a bar and a single cheesy attraction to enjoy. 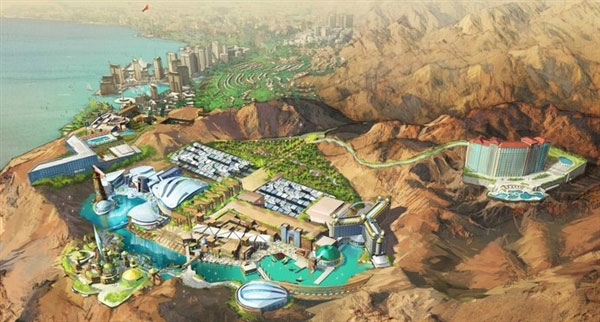 King Abdullah II of Jordan is apparently a big Star Trek fan. He even had a non-speaking role in an episode of Star Trek: Voyager back in his teen years. The king and other investors are sinking big money into a theme park that is officially licensed by CBS with a Star Trek theme.

The king is putting $1.5 billion into the project called the Red Sea Astrarium. The Star Trek theme park will be one part of the complex that covers 184 acres. The massive resort will also have a high-end hotel and dining as well as other facilities were students and businesses can learn about alternative energy and more.