If you have your eyes on a new Android tablet, but you don’t want to spend big money the new Vizio tablet should be on your list to check out. The tablet has a nice size 8-inch 1024×768 screen and a lot more at a price under $300. That is a bargain when you consider many tablets in the segment are $500 or more. 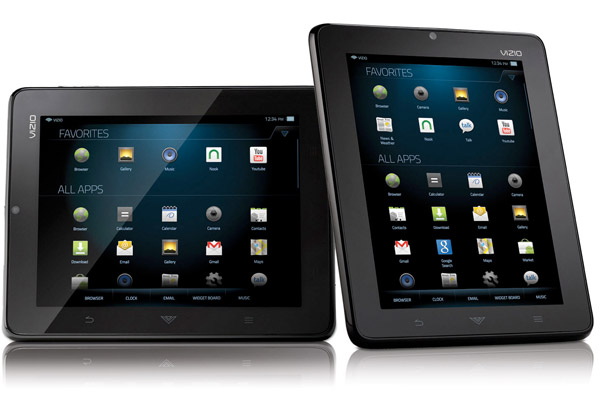 Vizio’s cool new tablet will soon be in “big box” retailers like Sam’s Club, Walmart, Costco, among other places. The tablet will work alone, but it is at its best when used with a Vizio home theater. The tablet can control your home theater using an integrated universal remote app and IR blaster. The device has 802.11n Wi-Fi and Bluetooth connectivity, supports Android Market apps and has a built-in GPS that doesn’t require 3G or 4G connectivity.

The tablet even has three speakers so you can get stereo sound in portrait or landscape modes, and offers memory expansion up to 32GB via a MicroSD card. You can also shoot video content out to other devices using the integrated HDMI output. You should be able to find the Vizio tablet in stores very soon, and it’s already available over on Amazon.