We’ve featured our share of cool video game costumes over the years, but cosplay for pets is a little less common. That doesn’t mean that it’s can’t be just as awesome as human cosplay, like this animal costume inspired by Ōkami. 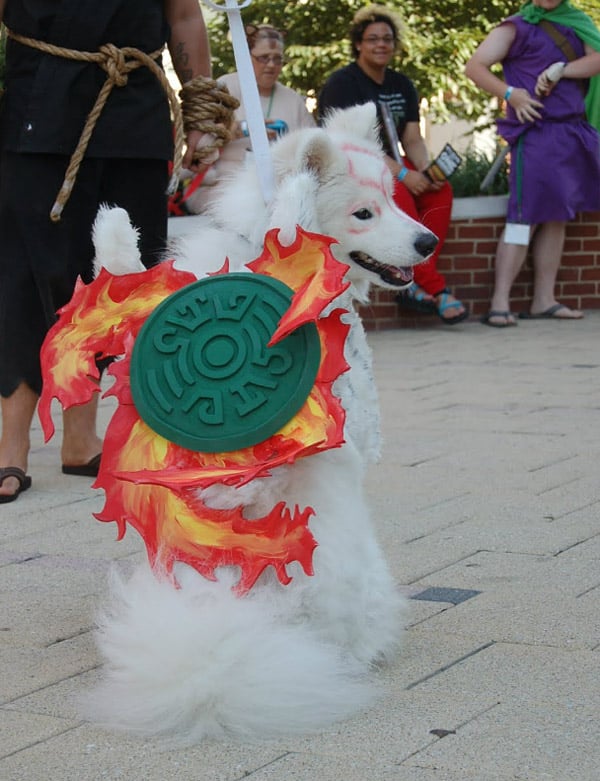 The guys over at Practical Evil dressed up Dante the Samoyed as the game’s canine protagonist. Not only does he have the fiery shield and white wings, but he even has the facial markings of the game’s dog (applied with dog-safe food coloring, of course.) 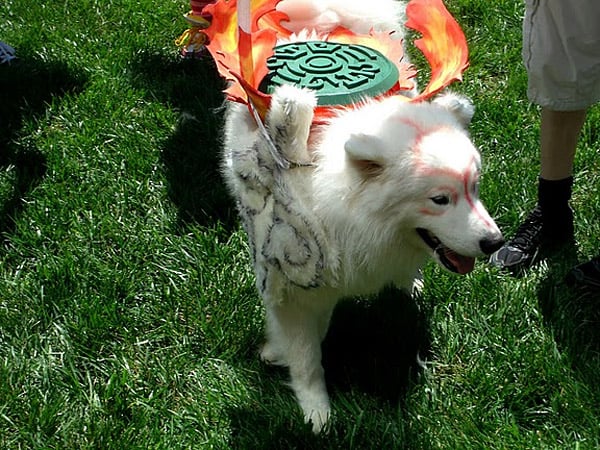 If you’d like to dress up your own pooch in the same Amaterasu get-up as Dante, head on over to Practical Evil for full details. Note that it probably won’t look quite as good if your pup is a chihuahua or pekingese. 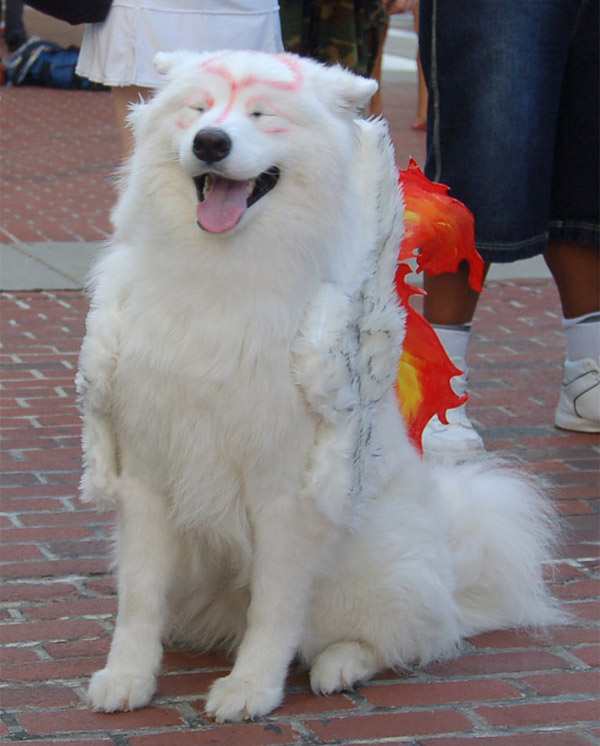 [via The Mary Sue via TDW Geek]