This Kinect hack is one of the stranger ones I have seen, and more than a little creepy. The monkey you see hanging from the bottom of the Kinect receiver is able to mimic the movements of the user in front of the Kinect. It reminds me of a modern version of Monkey Shines. 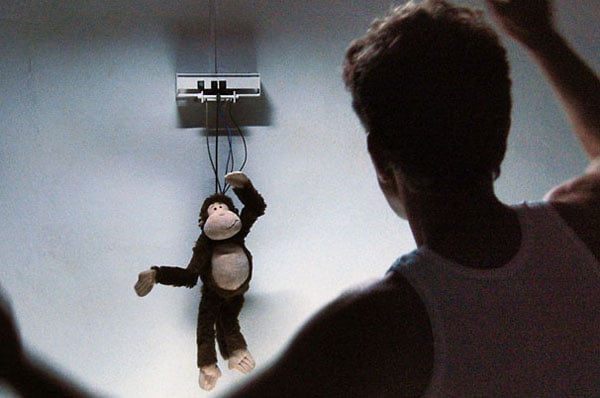 The Monkey Business project was Created by Jan M. Sieber and Ralph Kistler.  It consists of a monkey  stuffed with a metal skeleton and ten servo-motors. The works are then connected to the Kinect through an Arduino controller. The hack also uses a hidden computer and programming from OpenNI Framework and OSCeleton to make the monkey dance.

The reason the monkey hangs from the Kinect that is hidden behind that white frame in the photo is so it can move quickly. The video above shows how the project was made and lets you see the monkey in action. I wonder if you can spank it.

[via Hack a Day via PC World]