Pago: Want to Make Waiters Obsolete? There’s an App for That

A new company has developed an app that effectively turns your smartphone into a waiter, barista, basically anyone who takes your orders and processes your stuff. The company is called Pago Mobile, and their app is called Pago, which means “payment” in Spanish. 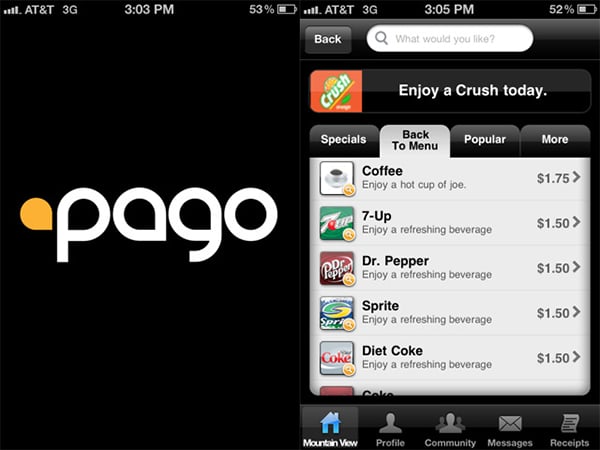 Pago Mobile works with establishments – coffee shops, restaurants, dry cleaners, you name it – to integrate the app into their point of sale system. So when you fire up Pago, you’ll see a list of shops. You can then browse their offerings, order and pay even if you’re not actually in the store, and without waiting for someone to notice that you’ve had your hand raised for 15 minutes, desperate for food, or that you’ve gone hoarse trying to get the bartender’s attention at the club. 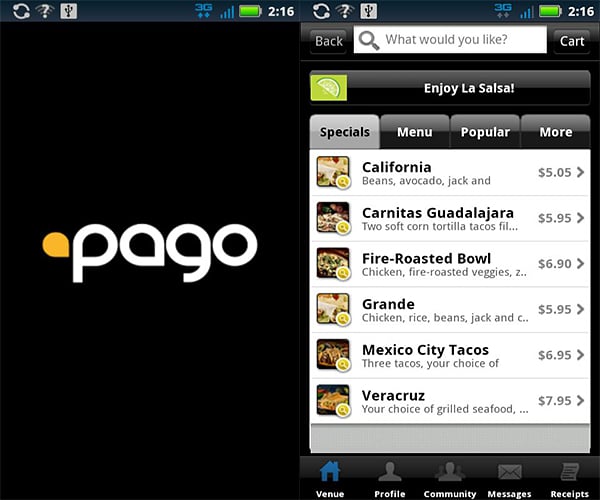 Here’s an interview that TechCrunch did with Pago Mobile founder and CEO Leo Rocco. Skip to 4:10 if you want to see a demo of the app:

Check out Pago’s website for more info and for download links to the iPhone, Android and Blackberry apps. A Windows 7 version is coming soon. As of now, Pago only has ties with establishments in Mountain View, California and Las Vegas – prime spots to attract attention and investors. Frankly I’m surprised it’s taken this long for something like this to be invented, but on the other hand it can’t be easy to earn the support of hundreds, if not thousands of businesses. Overall I think Pago’s a really neat app and will make customer’s lives easier. The question is, what will happen when everyone is using Pago?