The History of Nintendo, Volume One: The Big N Gets its Start

Are you or a loved one a big Nintendo fanatic? Then you’ll probably want to check out this new book that tells the history of the Big N from its earliest roots.

In The History of Nintendo, Volume One, author Florent Gorges (along with Isao Yamzaki) carefully documented the beginnings of Nintendo, dating back to as early as 1889, all the way through 1980. 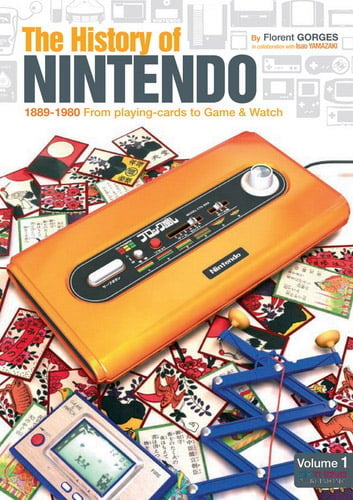 The book is the first of a ongoing series, with 240 full color pages, and over 2,000 images of hundreds of Nintendo products over their first Century of operation. Every card game, toy and product that could be found is documented in the pages of the book.

From Nintendo’s Hanfuda playing cards, to the awesomely cheesy Love Tester is covered in rich historical detail, with photographs to back up the story.

The publishers of the book, Pix’n Love Publishing were kind enough to share some scans of the interior of the book for us to post, and it really looks like a wonderful book for any serious video game or Nintendo fan. 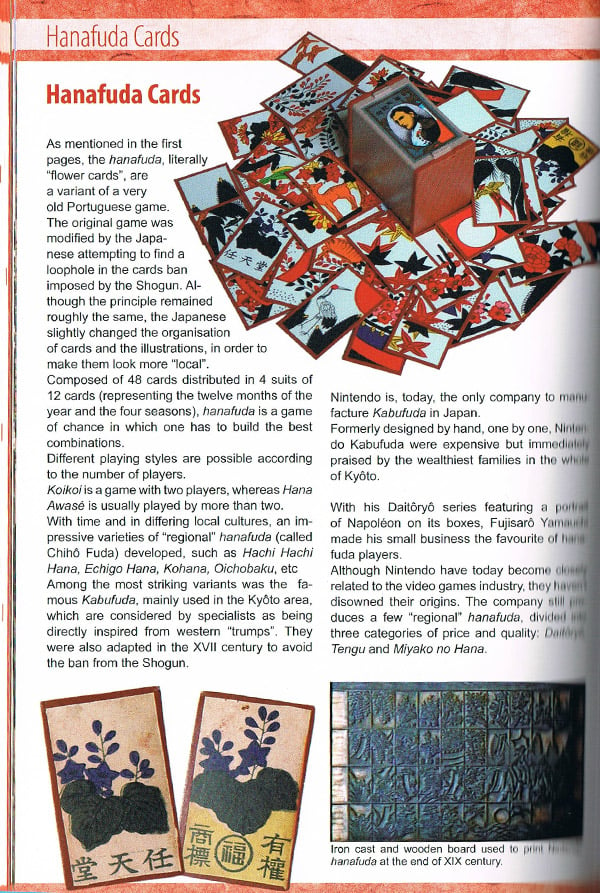 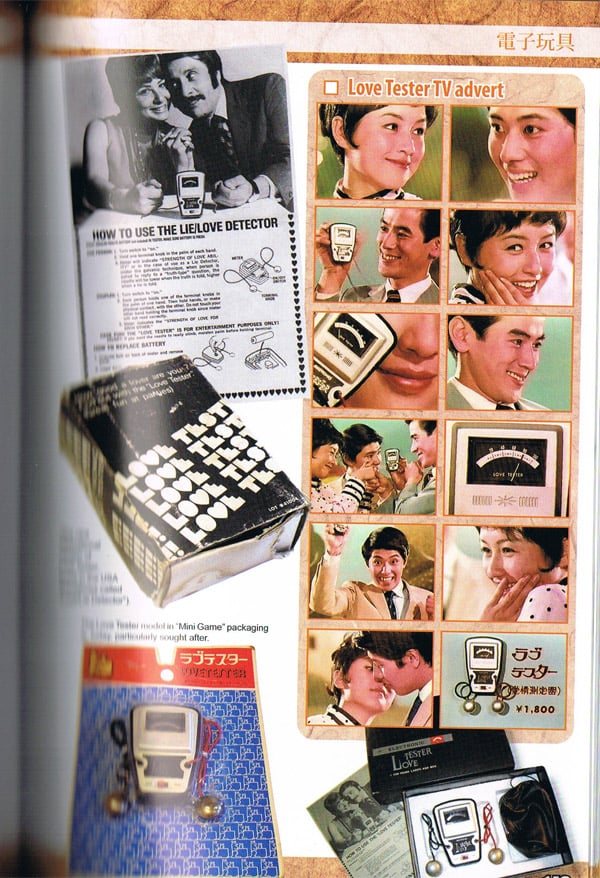 Inside the covers, you’ll also find some of Nintendo’s early arcade games from the 1960s and 1970s, along with their first home video game systems, leading all the way up the the introduction of the Game and Watch series. You’ll also discover things that you never knew Nintendo made, like baby strollers, slotless race cars, and even the Japanese version of Twister. 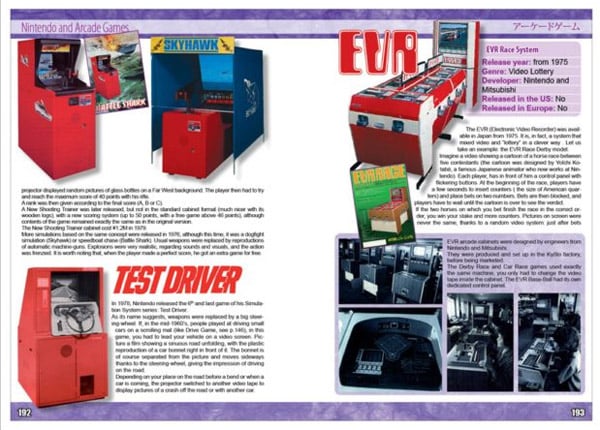 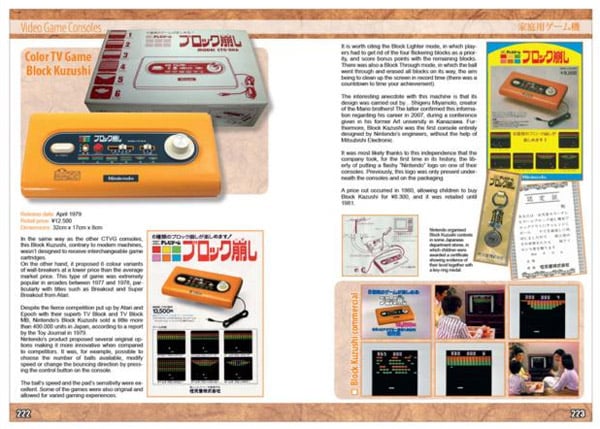 What you definitely won’t find in Volume One are the NES, Game Boy, SNES, N64, Gamecube, NDS, 3DS or Wii, all released after 1980.  And since Volume Two is focused entirely on the Game and Watch series, you’ll have to wait until (as yet unannounced) future volumes to get into Nintendo’s real gaming hey-day.