We have seen the Willow Garage PR2 robot a few times now and each time the ‘bot is doing some pretty cool stuff. This is a  serious robot that is much more than some cool toy. It is used in research for all sorts of things from studying man-machine interfaces to helping the disabled. The robot is also capable of being used in projects for Federal grant money. 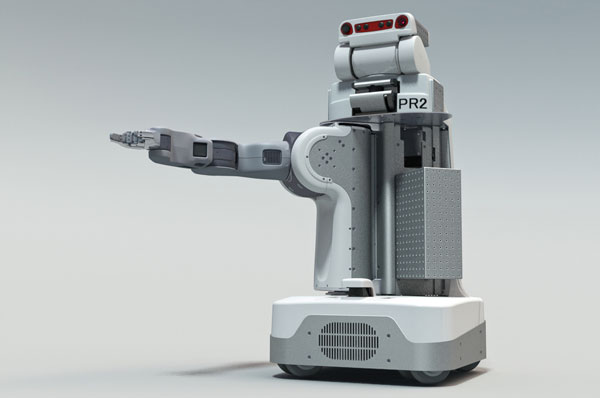 The PR2 series is the robot for research today and has all sorts of capabilities for education and research. Willow Garage has announced that it is now offering the PR2 SE robot with a single robot arm for $285,000. The ‘bot can have a second arm added at a later date for making up your best “Danger Will Robinson!” impressions.

And if you’ve got a proven track-record in contributing to the open source robotics community, you’ll get a 30% discount – bringing PR2 SE’s price down to the low, low price of $199,500.  Still, I think we can all agree that $200K is a lot of money. You can buy a nice house in my area for that money. Or a really nice robot.