Fancy a free serving or two of Jell-O? Feeling down in the dumps and firing away tweets laced with “:(” at the beginning, middle, or end?

If you answered “yes” to both, then you might just receive a tweet from @JelloMoodMeter with a link to claim your free pudding. 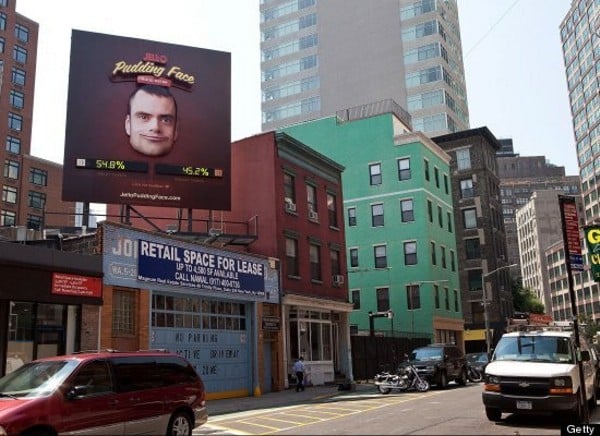 Jell-O’s new campaign is to rid sadness from America, one tweeter at a time. So how does it work? Jell-O has set up a site with the Jell-O Pudding Face that parses through the tweets on Twitter, segregating them as Smiley Tweets or Frowny Tweets. (From the labels themselves, you’d probably be able to guess which kind of tweets go where.) 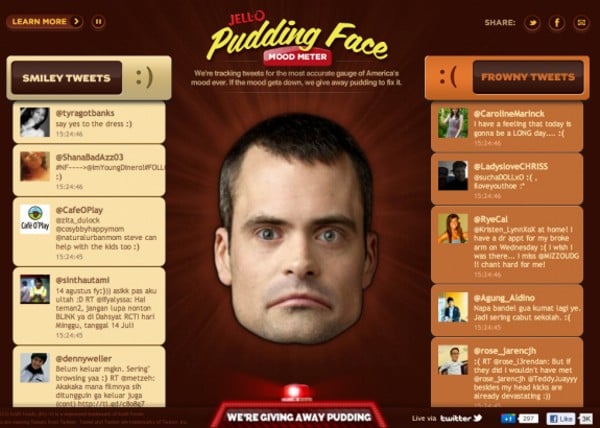 Now Jell-O has moved its pudding face from Twitter to the real world with the new billboard they’ve set up in Manhattan. Having a bad day? Just look up to Pudding Face and see if the rest of America (who are at home tweeting about their joys or sorrows) are feeling as crappy (or good) as you.

Every time more frowny tweets are detected by Pudding Face, the red button lights up, and you guessed it: someone is scoring some free pudding from Jell-O.

[via PSFK via Oh Gizmo!]