While I’m particularly excited about LEGO’s new VW Camper Van, I have to say that this retro LEGO creation is equally as awesome.

What you’re looking at here is a Roland Jupiter 8 synthesizer, built from LEGO bricks. 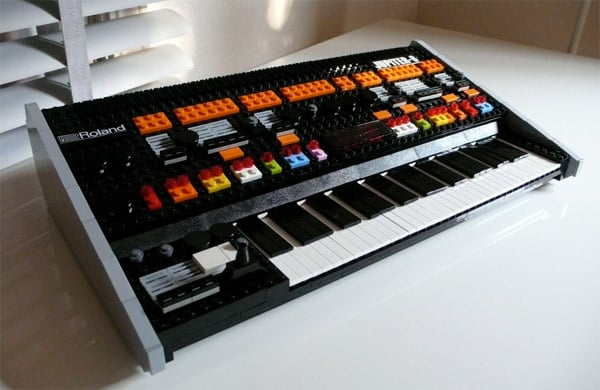 While it doesn’t have quite as many buttons and knobs as the classic 1980s synth, it definitely captures the spirit. 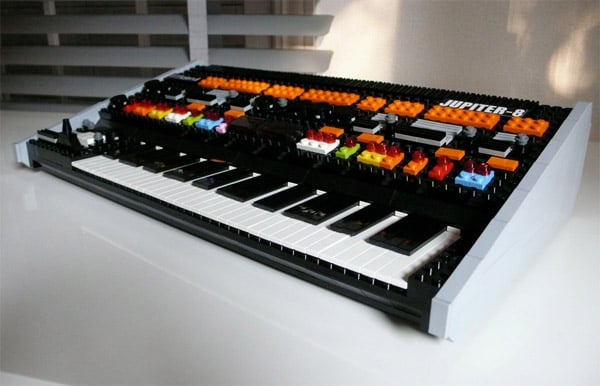 It was assembled by a guy going simply by the moniker “percussives“, and there’s not much more detail than that available about the build.  The little LEGO jacks and ports on the back are a nice touch too. I’m pretty sure those XLR audio and arpeggio control connectors are actually from a Star Wars LEGO set, but I could be wrong. The one on the left sure looks like the Sith logo. 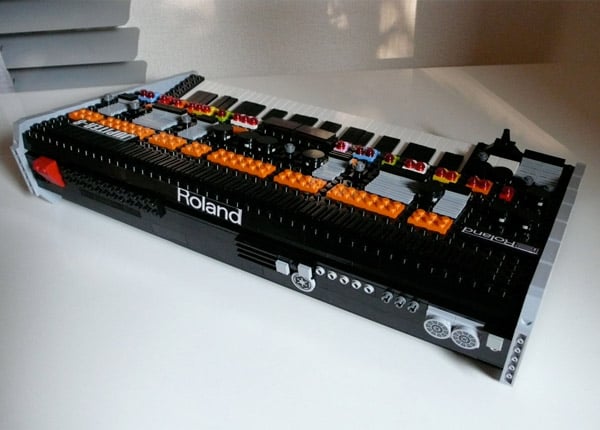 I’d love to see LEGO come out with a whole series of classic gadgets and electronics in kit form. I’d be the first one in line for those, as I’m sure many of you would too.