Last month we talked a bit about a fake Apple Store in Kunming, China that was so convincing that some of the employees even though they worked for Apple. It was later discovered that there were about 22 other fake Apple Stores in Kunming and the authorities moved to close some of them down. 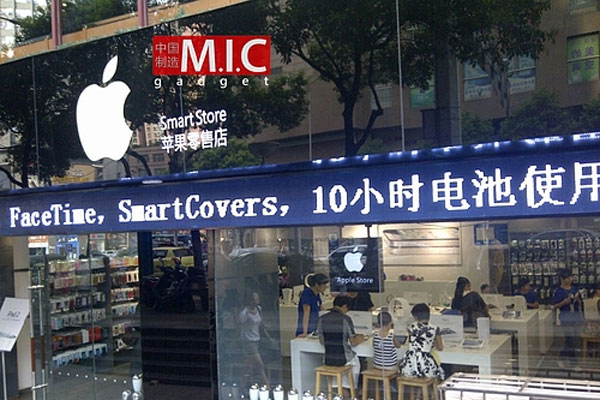 That high-quality fake Apple store stayed in operation though by simply changing its name. It still has an Apple Store sign inside and all the same decorations. The only difference is that the name on the outside of the building is now Smart Store. Apparently, the person that owns this store was once an official Apple reseller.

The store is now selling grey market products. The license from Apple was reportedly revoked after the store owner started selling the products at a premium to make more money. Other stores in the city changed names also and some went out of business.