Yet another post brought to you by the magic powers of Kinect. Using Microsoft’s wonder device along with other cheap materials, A.J. Jeromin built a set up that can easily and quickly scan and render any object in 3D. 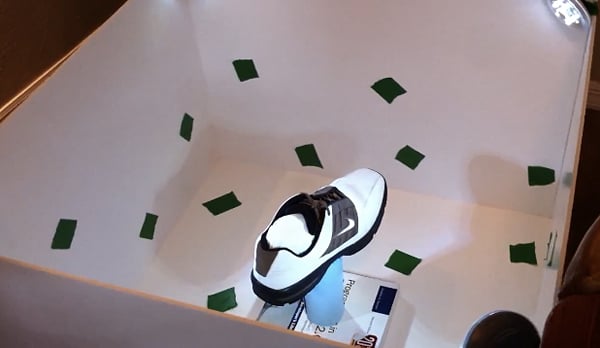 The scanner involves the Kinect – which in the demo video below is simply clipped to the edge of a table – a poster board box, and a makeshift turntable. The box has a hole in the middle for the object to be scanned. LED lights mounted on each upper corner of the box provide lighting.  The green markers help the Kinect with tracking. Jeromin used the Kinect RGBDemo software made by Nicolas Burrus.

I have no specifics regarding the actual rendering time and the quality of the 3D image generated, but A.J. did comment over at Hack a Day that this $150 (USD) scanner works a lot faster than the multi-thousand dollar equipment he and his colleagues use at work.

While this is still not direct proof of the Kinect’s usefulness as a scanning device, this could be a cheap way for game developers on a tight budget to create their games. And imagine if instead of spending a long time on the character customization screen of a game (only to end up with something that looks nothing like what you had in mind) you could simply have the Kinect scan you and voila – you’re in the game.

[via Hack a Day & Kinect Hacks]