I finally stopped playing Call of Duty: Black Ops awhile ago and have been waiting for a suitable multiplayer war game that really packs a punch. After one look at the multiplayer trailer for Battlefield 3, I think I have found my next major game purchase. 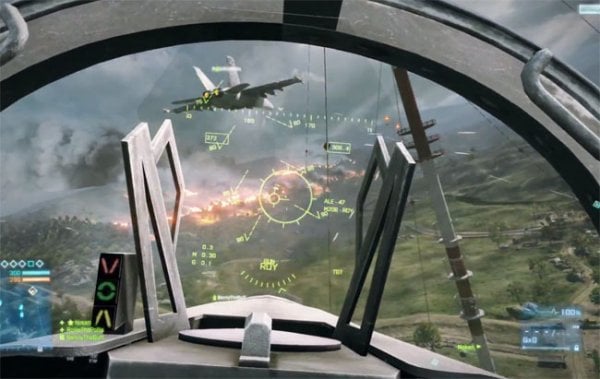 First let me just try to collect myself as I point out that this 64 player multiplayer combat game has jets! Yes jets. But that’s not all. They have thrown everything but the kitchen sink into this one.

One of the coolest things that you’ll notice in the trailer is the inclusion of military robots, which i am psyched about, because before Black Ops came out I was hoping that some robots would be in that game. Of course sadly they were not. In this game we have tanks, helicopters, robots, jets and enough explosions to make Michael Bay wet his pants and subsequently dry them with wads of money.