HAF X Mini Bike Casemod: Log On, then Ride Off

I’ve seen a couple of computer mods that look like motorcycles before, and even a scooter computer, but I think this is the best combo of computer and motorized vehicle I’ve seen yet. 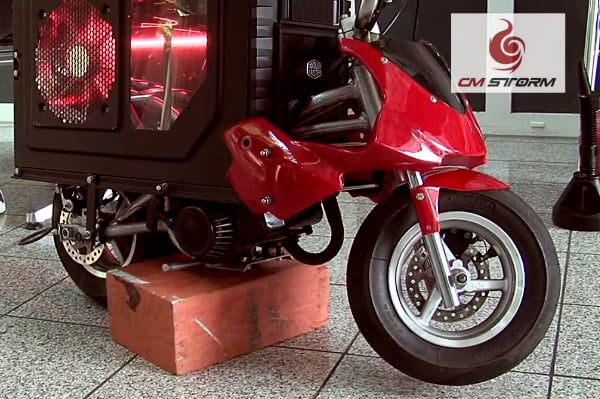 The HAF X Mini Bike casemod is actually both a fully-functional gaming PC and a gas-powered mini bike, capable of carrying its builder along for a ride. 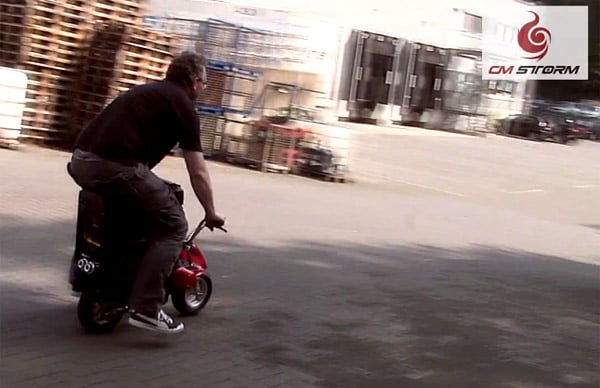 Built by René Grau from CM Storm, the system is based on an CoolerMaster HAF X chassis, with an Intel Core i5 CPU, and a 4GB GeForce GTX460 graphics card, running on a Mini-ITX mobo. Storage is provided by a 300GB SSD, so the guy who built it doesn’t have to worry about bumps in the road damaging a hard drive. It also sports dual exhaust and a two-stroke engine, with a top speed of about 40MPH – unusual stats for a PC.

Looking for proof that it actually works as a PC, and as a bike? Look no further than this video clip, which shows it handling double-duty.

What’s the last time you saw someone pouring gasoline into their computer? And before you even ask – no, you can’t use the system while riding – unless you’ve got a really long extension cord.