Benjamin Bachmeier’s HTPC set up is an amalgam of brands and technologies. The most obvious inspiration of course is Apple’s iPhone 4, after which the beautifully made case is modeled. But the 40″ screen on what Benjamin calls the iTableous isn’t a touchscreen, it’s a Toshiba LED LCD monitor, which in turn is connected to a PS3 and a Hackintosh that also runs Windows 7. 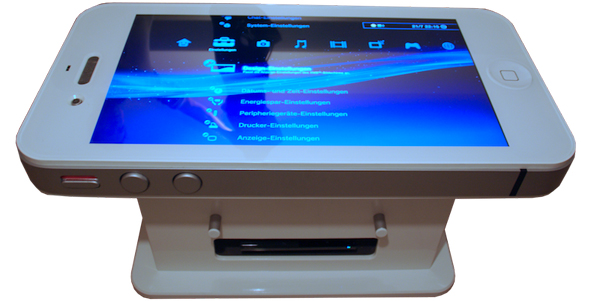 Bachmeier went to great lengths to supersize the iPhone 4 both proportionally and in terms of functionality. For example, the iTableous has a 5.7-megapixel HD camera right where the front-facing camera on a real iPhone 4 would be. The speakers are also situated at the lower end of the case, again in the same spot as a real iPhone 4’s speakers. The iPhone’s sleep button also serves as the iTableous’ power switch. Other notable parts include the Home button, which hides a 30-pin connector to connect a real iPhone (and other iOS devices) and the micro-SIM cover, which you can open to take a peek at the guts of the PC inside.

Speaking of the guts, the iTableous is powered by a 2 GHz Zotac Ionitx with 4GB RAM and 500GB HDD. Connections include a line-in port, one USB 2.0 port (just like an Apple computer!), a SuperDrive, two HDMI ports and a DVB-T antenna cable. The iTableous makes up for its lack of multi-touch capabilities by its elegant swinging function (aided by an accelerometer,) which lets Benjamin use it in a more traditional viewing set up. 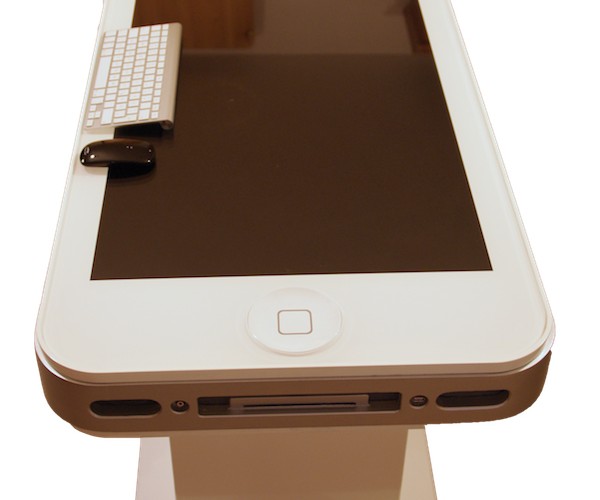 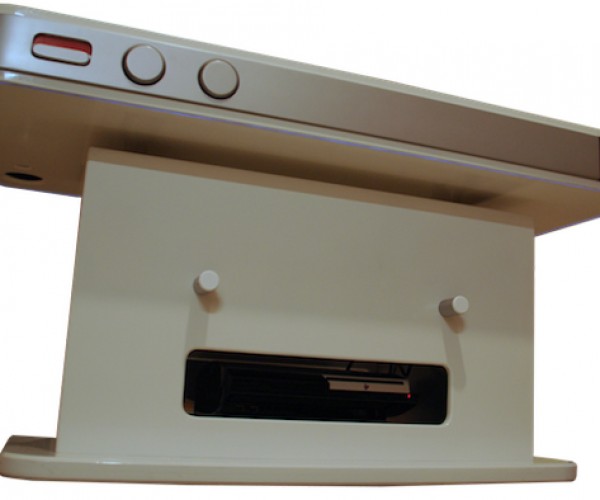 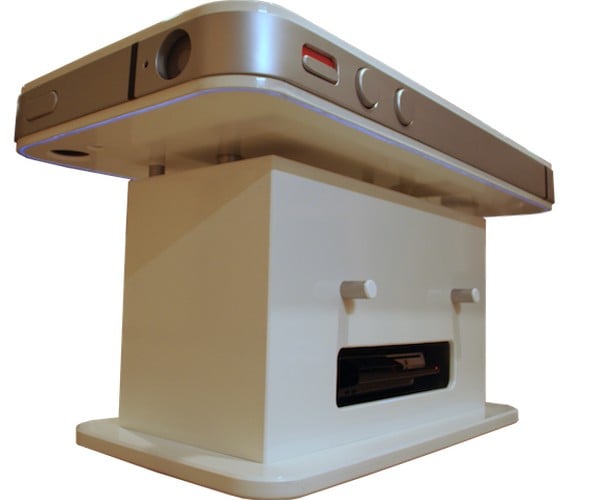 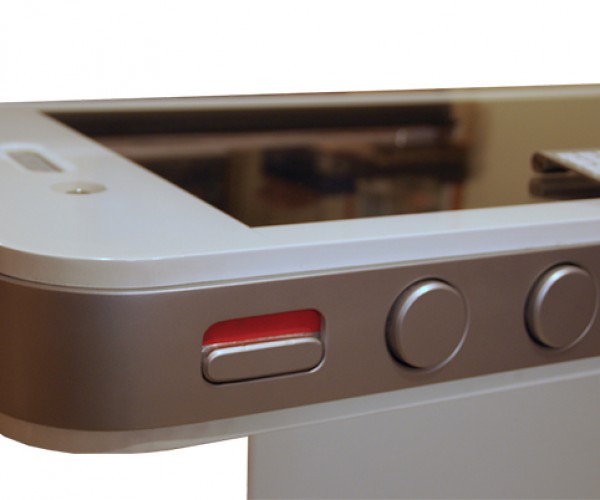 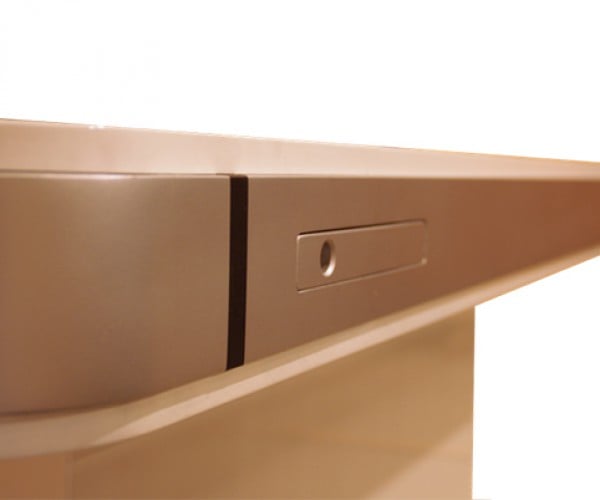 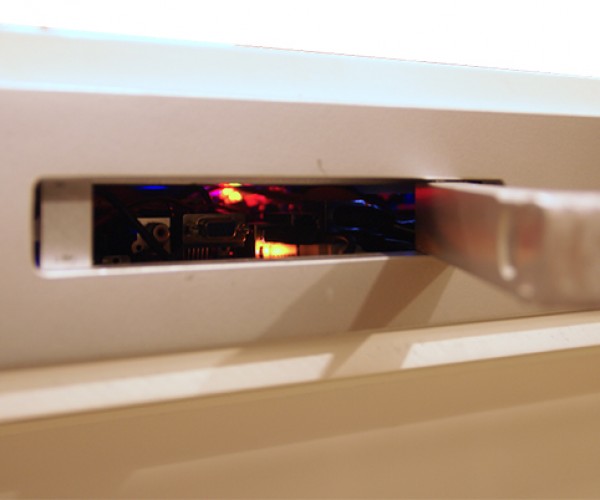 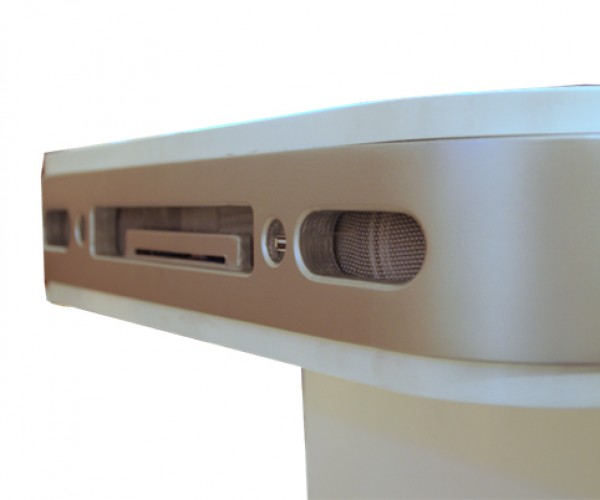 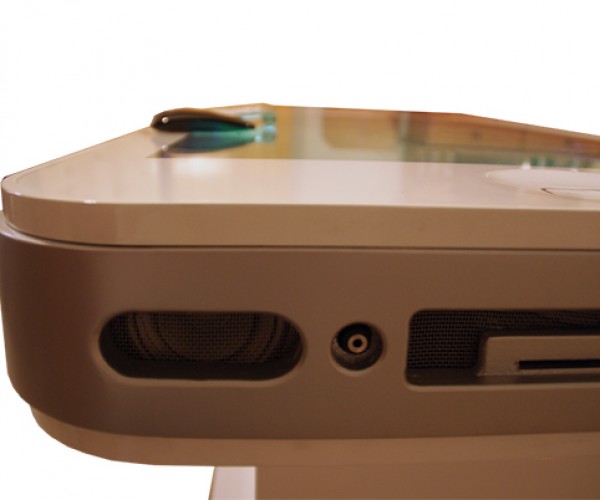 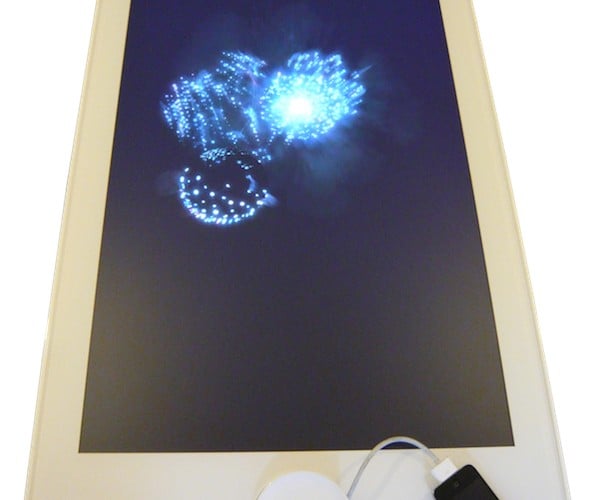 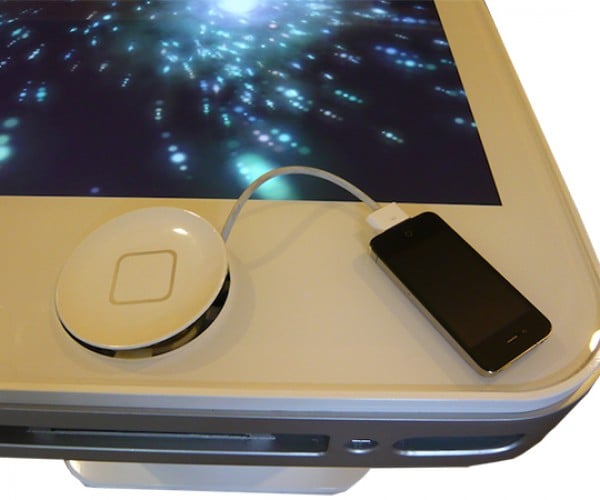 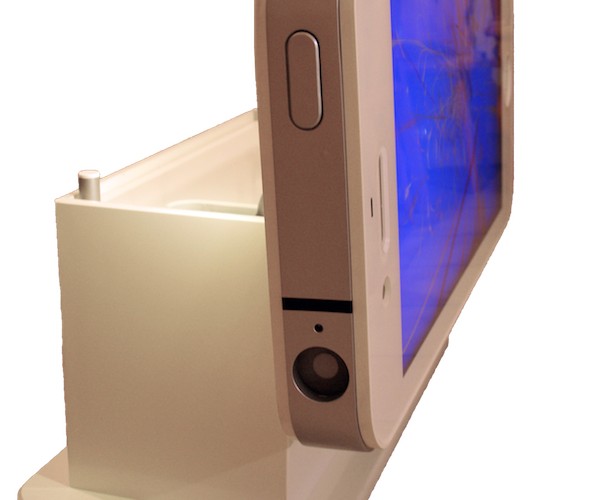 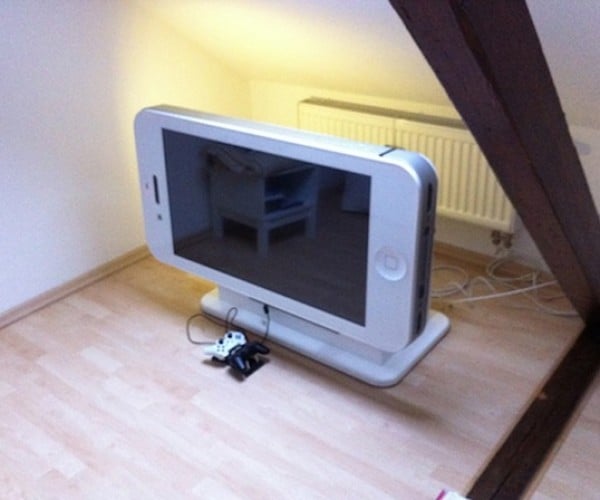 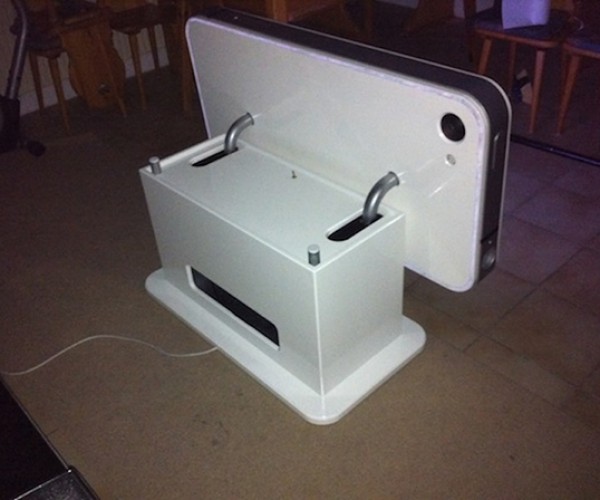 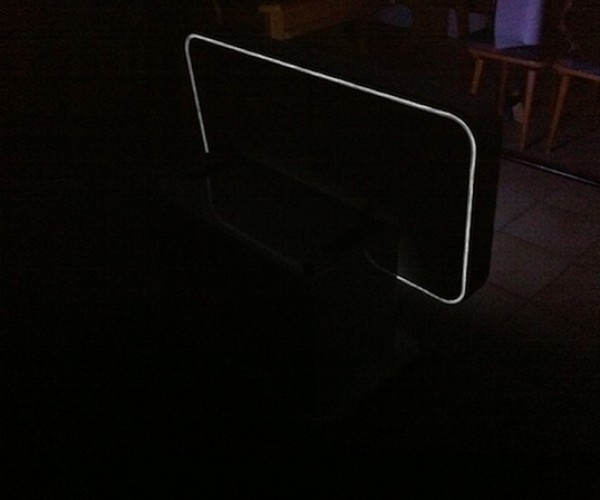 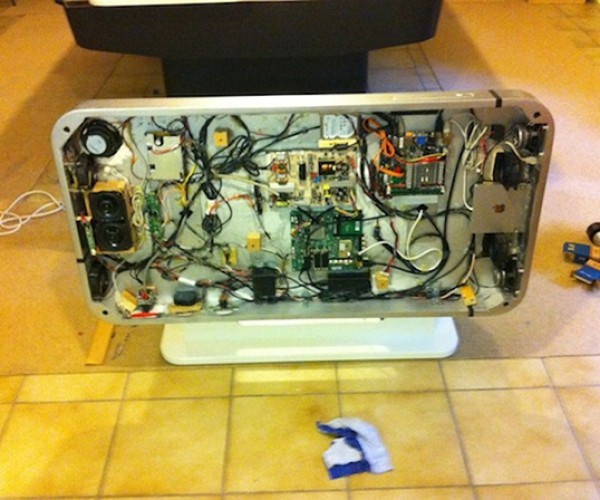 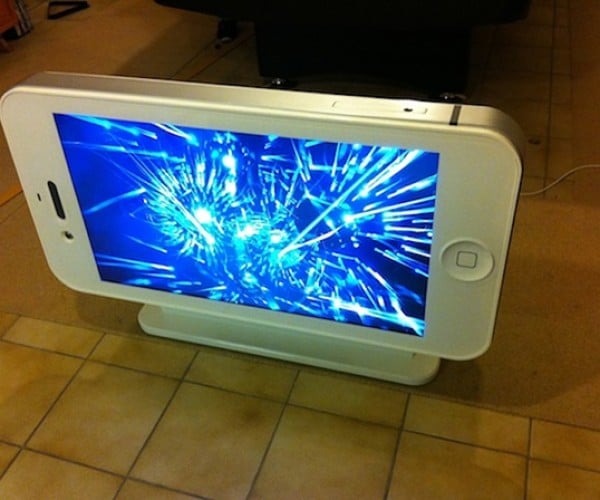 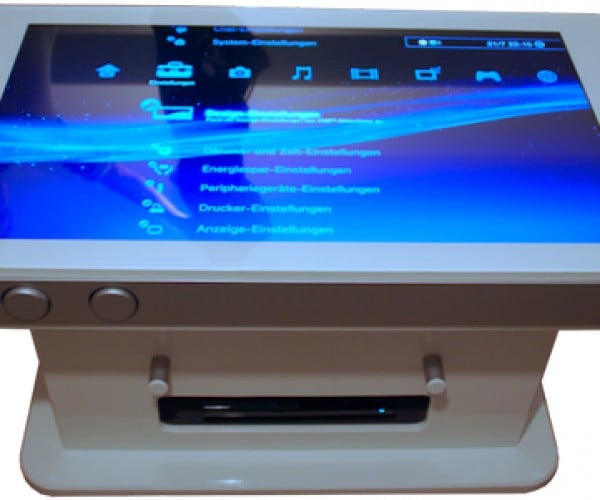 Check out Benjamin’s website for more pictures and info. I wonder if he can use something like the Duo to add touch functionality to the iTableous.