There are a bunch of gaming geeks out there that really like Minecraft, with its blocky game play and immense level-editing freedom. If you are among those fans of the game and happen to need a new smartphone, you need to hit up eBay while this auction is going on. The auction is for a special Minecraft-edition smartphone. 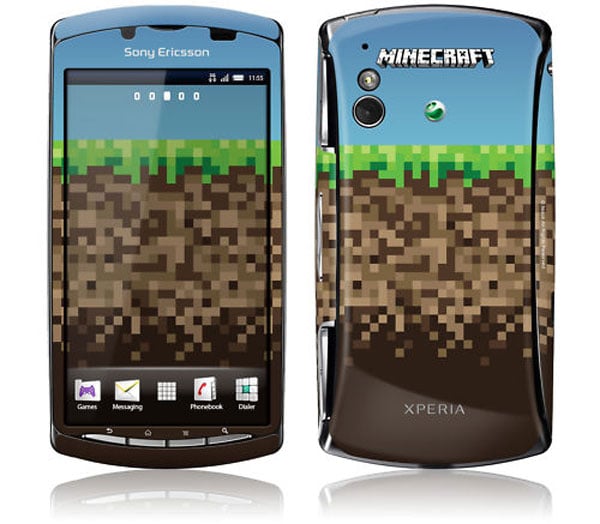 The smartphone itself is a new Sony Ericsson Xperia Play and it has pixelated Minecraft blocks all over the front and back of phone thanks to custom graphics along with the Minecraft logo. The screen of the phone also has Minecraft wallpaper too that matches up with the graphics on the back and side for full coverage with pixel block graphics.

The phone is a special edition being auctioned off for charity by Mojang, creators of the game. Whatever the smartphone sells for will be donated to  charity. When I wrote this the bid amount was up to $1,350 (USD) with five days left to go.