Bloon Balloon: A New Way to Get Into Orbit

I was pretty disappointed that when NASA’s space shuttle program (STS) was shut down, they didn’t have a replacement ready to go. The replacement was actually canceled last October due to budgetary constraints. Nevertheless, check out this ingenious way to get into space, using a balloon instead of a rocket, so going into space won’t be as rough as you first imagined. 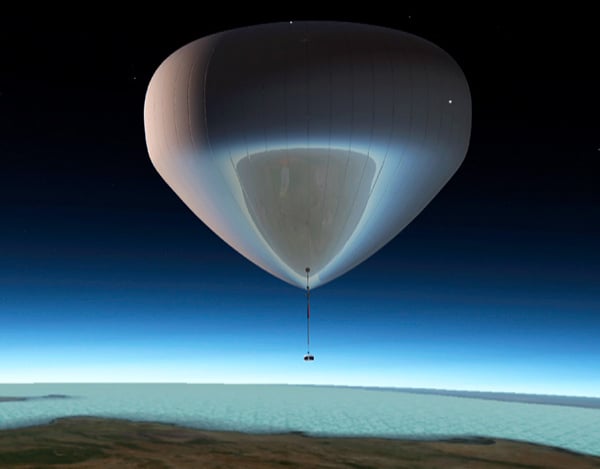 This lighter-than-air balloon vehicle is called the Bloon, and it was created by the Barcelona-based company Zero2infinity. It lifts off using a specially-crafted inflatable dome. There is a central pod with windows, that can house 4 passengers and 2 pilots. The ship is connected to a large helium balloon. That’s the only propellant this balloon uses.

In order to land, the pod is decelerated using a parafoil. There are also eight inflatable landing struts that will absorb the shock upon touchdown. The prototype was tested successfully up to 20.5 miles. That’s in the Earth’s stratosphere. 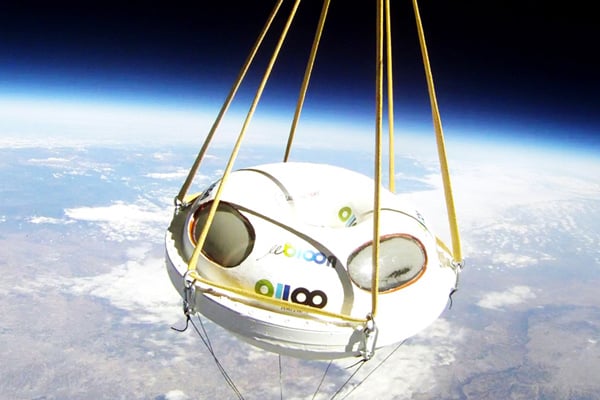 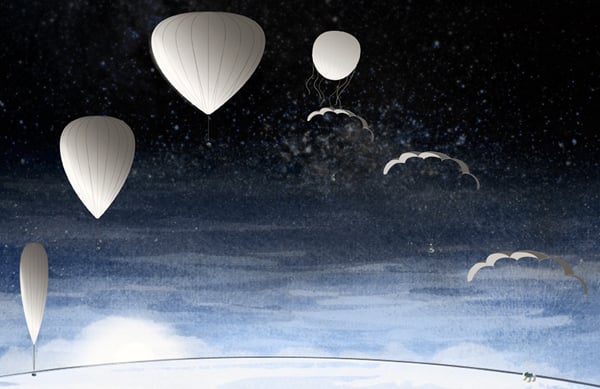