I rarely use my iPad anymore except for the occasional vacation or trip where I don’t want to tote a notebook. Mostly my daughter uses the iPad for watching Netflix movies and she has a taste for any movie with a horse in it. The problem is that she doesn’t like to wear headphones and if she watches with a friend, it’s hard to hear since 6-year-olds never stop talking. 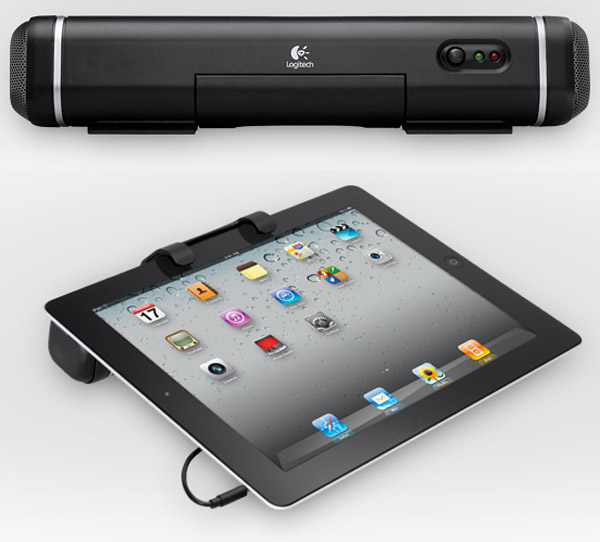 If you have a similar experience trying to listen to music with a group or to hear the audio from your videos, you might like this new Logitech Tablet Speaker for iPad. The new speaker is a rectangular looking device that is a bit narrower than the iPad in landscape mode. It plugs into the 3.5mm headphone port of the iPad and runs from a rechargeable battery. 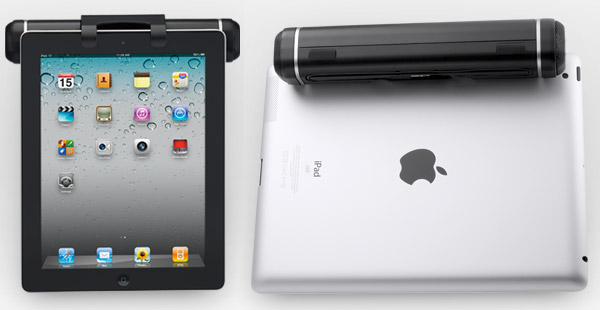 The speaker has iPad in its name, but it will work with any 3.5mm headphone port device. The battery is good enough for eight hours of use per charge. It also comes with a fabric carry bag and has clips to grip the iPad and prop the screen up. The battery is charged via USB and the cable is included. You can pre-order the Logitech Tablet Speaker for iPad for $49.99 right now.